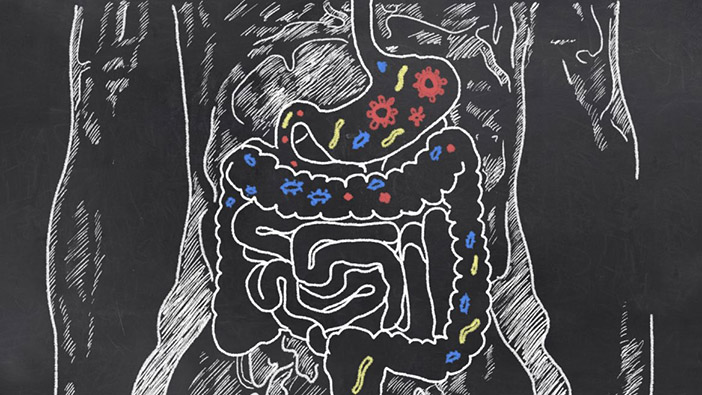 Every day, millions of people take probiotics – preparations containing live bacteria meant to fortify their immune systems, prevent disease or repair the adverse effects of antibiotics. Yet the benefits of probiotics have never been medically proven.

Now, researchers from Israel’s Weizmann Institute of Science present evidence from mouse and human experiments that the most widely used probiotics may be less than beneficial.

According to two back-to-back reports published September 6 in the journal Cell, it is not even clear if probiotic bacteria really colonize the digestive tract or, if they do, how they affect the microbiome of native gut bacteria.

For the first study, 25 human volunteers underwent upper endoscopy and colonoscopy to sample their baseline microbiome composition and function in different gut regions. Fifteen of those volunteers were then divided into two groups: one received an 11-strain probiotic preparation and the second received placebo pills.

Three weeks into the four-week treatment, all participants underwent a second upper endoscopy and colonoscopy to assess their response to the probiotics or placebo, and they were then followed for an additional two months.

The researchers discovered that probiotics’ gut colonization was highly individual. In general, there were “persisters” whose guts hosted the probiotic microbes and “resisters” who expelled them.

The two-pronged study was headed by researchers in the labs of Prof. Eran Elinav of the immunology department and Prof. Eran Segal of the computer science and applied mathematics department, in collaboration with Prof. Zamir Halpern, chief of gastroenterology at Tel Aviv Sourasky Medical Center.

“Our results suggest that probiotics should not be universally given to the public as a ‘one size fits all’ supplement,” said Elinav. “Instead, they could be tailored to each individual and their particular needs. Our findings even suggest how such personalization might be carried out.”

Segal said the results bolster previous diet studies that revealed a similar individual response to foods, and have “highlighted the role of the gut microbiome in driving very specific clinical differences between people.”

Probiotics after antibiotics may not work

In the second study, the researchers tested the wisdom of the widely given advice for people to take probiotics to counter the effects of antibiotics.

They looked at whether probiotics colonize the gut following antibiotic treatment, and how this impacts the human host and his or her microbiome.

The researchers administered wide-spectrum antibiotics to 21 human volunteers, who then underwent an upper endoscopy and colonoscopy to observe the changes to the gut and its microbiome following the antibiotic treatment.

Next, the volunteers were randomly assigned to one of three groups. The first was a “watch and wait” group, letting their microbiome recover on its own. The second group was administered the 11-strain probiotic cocktail over a four-week period. The third group was treated with an autologous fecal microbiome transplant (aFMT), made up of their own bacteria collected before they had the antibiotic.

The scientists discovered that the antibiotic cleared a path for the probiotics and they much more easily colonized the human gut than in the previous study.

To their surprise, this wasn’t beneficial: Probiotic colonization actually prevented the gene expression and microbiome from returning to normal pre-antibiotic configurations for months afterward.

In those treated with a FMT, the native gut microbiome recolonization and gut gene expression profile returned to normal within days.

“These results,” said Elinav, “reveal a new and potentially alarming adverse side effect of probiotic use with antibiotics that might even bring long-term consequences. In contrast, personalized treatment – replenishing the gut with one’s own microbes – was associated with a full reversal of the drugs’ effects.”

Since probiotics are among the world’s most traded over-the-counter supplements, these results may have immediate, broad implications.

“Contrary to the current dogma that probiotics are harmless and benefit everyone,” said Segal, “we suggest that probiotics preparations should be tailored to individuals, or that such treatments such as autologous FMT may be indicated in some cases.”

Dr. Niv Zmora, Jotham Suez, Gili Zilberman-Schapira, and Uria Mor from Elinav’s lab led the two projects, in collaboration with other members of the Elinav and Segal lab, as well as with scientists and clinicians from Weizmann and from Tel Aviv Sourasky Medical Center, Tel Hai Academic College and the MIGAL Institute of the Galilee .Segal is head of the Weizmann Institute’s Crown Human Genome Center.

Diet – The Biggest Covid Risk Factor that Nobody Talks About