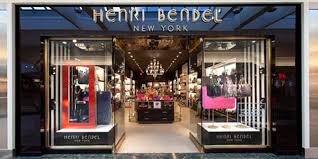 The iconic Henri Bendel brand is closing its doors and online presence after 123 years in business. Retail sales drops were cited by the Bendel parent company, L Brands on Thursday when they made the announcement that the upscale brand is ceasing operations.

L Brands said that it is planning to shutter all of its 23 stores including its flagship store in New York. Bendel’s on tony Fifth Avenue in Manhattan is scheduled to close in January of 2019.  According to its website, in 1913, the Bendel brand became one of the first luxury retailers to open a store with an “upper Fifth Avenue address.”

L Brands acquired Bendel in 1985 and led its expansion into 11 states.

Also in the category of “firsts”, Bendel was the first retailer to have its own fragrance, to offer in-store makeovers, and to stage its own fashion show. The retailer is credited with developing the shop-within-a-shop merchandising concept that’s in use in some department stores today.

Known for its designer shoes, purses and clothing, the tony brand was founded in 1895 by Henri Bendel.

After Bendel’s death in 1936, his nephew became the store’s president and served until his retirement in 1954. Bendel’s nephew, who later founded Belgian Shoes, died in 1997.

Geraldine Stutz was president of Henri Bendel from 1957 to 1986.Stutz had “a legendary eye for discovering the newest designers and using them first,” including Perry Ellis, Jean Muir, Sonia Rykiel, Carlos Falchi, Mary McFadden, and Ralph Lauren.

During the 1960s, Andy Warhol was an in-house illustrator. Beginning in 1994, Izak Zenou’s illustrations have appeared on Henri Bendel ads and promotional materials.

Paul Blum was named Chief Executive Officer of Henri Bendel in 2016. Paul joined Henri Bendel from Fred Segal, where, as the chief executive officer his charge was to revitalize and expand the brand, reinventing the store environment and customer experience. Creative Director Pina Ferlisi joined the company in July 2012. Ferlisi had launched the Marc by Marc Jacobs line, became the head of design at Gap, served as the creative director for McQ in London and was executive vice president of design for Coach.

Henri Bendel was named Retailer of the Year in 2010 by The Accessories Council. Brands said in a statement that it’s closing Bendel “to improve company profitability and focus on our larger brands that have greater growth potential,” which includes Victoria’s Secret and Bath & Body Works.

The company said Bendel’s 2018 sales were approximately $85 million, adding that it’s in the process of estimating closing costs.

L Brands is having a difficult 2018 because of increased retail competition. The stock is down 55% for the year, making it one of worst performing companies in the S&P 500 for the year.