Does a “Deep State” Exist & If So, Is It Destroying America??? - The Jewish Voice

Does a “Deep State” Exist & If So, Is It Destroying America??? 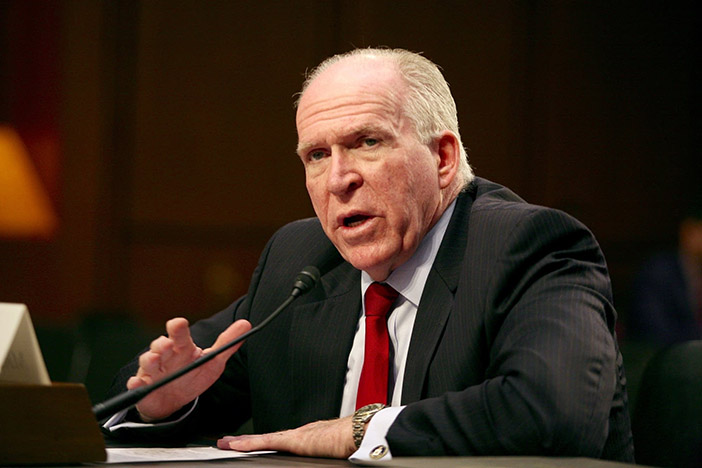 Charles in Charge – How Will an Already Fractious Britain Fare Under an Ardently Islamophilic King?

For Israel to Be Safe it Must Bury the Oslo Delusion

Vitriolic hatred of President Trump has sprung America into an Afghanistan-like “state of collapse, civil conflict, ethnic and disintegration locked in a self-perpetuating cycle that may be simply beyond outside resolution.” An example is California versus America over energy. California has chosen 100% renewable energy by 2045 when it’s proven that renewable energy doesn’t work on a scalable, affordable basis now or in the coming decades without immense fossil fuel backup and billions in taxpayer subsidies.

Thankfully, the United States embraced fracking, allowing the U.S. to overtake Russia and Saudi Arabia as the world’s number-one oil producer. Meanwhile, California dooms its economy to poverty for its citizens with higher energy prices and depressed job growth.

This example illustrates that America’s democratic process is under attack, but it’s against each other and not from foreign interference. Why? Because if the Democrats take Congress, they will impeach President Trump and don’t have a plan to actually govern. This is now Venezuelan-style socialism that only wants power. These people – mostly unserious Democrats – “are vile, disgusting people. There is no lie they won’t tell, no person they won’t smear to advance their agenda,” as evidenced by the Judge Brett Kavanaugh hearings.

They will return America back to the anemic growth it endured under Obama, and our enemies will only grow more emboldened. America will go the way of California-type leaders like Tom Steyer and Gavin Newsom plus the lies coming from the #Resistance and #NeverTrump crowd. Seemingly, this is exactly what the Deep State, the Democrats, establishment Republicans, and President Obama want.

According to Dr. Victor Davis Hanson, the Robert Mueller investigation is a mockery of justice full of Democratic partisans. It was never intended to root out Russian collusion; instead, it is to take down the duly elected president, his family, and anyone associated with his past life. Ask yourself, would this sham collusion narrative be happening if Hillary were in the White House? Of course not. Hanson is correct when he writes:

No President has ever faced impeachment for supposed wrongdoings alleged to have taken place before he took office. With effort to go back years, if not decades, into Trump’s business and personal life, we are now in uncharted territory.

We will have a shooting, civil war on our hands if Trump is impeached over an investigation that has never proven beyond a reasonable doubt that Trump colluded with Russia. The Democratic Party of Truman, Kennedy, FDR, Scoop Jackson, and Governor Pat Brown is gone. Back then, Democrats wanted a thriving middle class, single-family homes, great schools to achieve upward mobility, and world-class infrastructure. Now it’s spying on your political enemies through the unelected intelligence fiefdoms of the Deep State that Trump is trying to destroy.

Issues have come to light revealing the extent of Obama’s troubled presidency and former top officials reckless disregard for unlawfully spying on Trump and thousands of Americans that is destroying America. Moreover, Obama’s glee at making a nuclear deal with Iran has unleashed Hell on the Middle East by creating a hegemonic Iran. To illustrate, Politico did an extensive investigative report titled “The Secret Backstory of How Obama Let Hezbollah off the Hook,” because “[a]n ambitious U.S. task force targeting Hezbollah’s billion-dollar criminal enterprise ran headlong into the White House’s desire for a nuclear deal with Iran.”

Additionally, The Atlantic reported that Obama and former high-ranking intelligence officials knew that Iran and al-Qaeda were working together (Hazma, Osama bin Laden’s son, got married in Iran), and more damning was a 19-page document from the 2011 raid in Abbottabad, Pakistan that killed bin Laden, showing that “al-Qaeda and the Iranian Revolutionary Guards in Tehran touched on funding and arming the Sunni terror outfit so it could strike at American targets.” Former CIA director Mike Pompeo “suggested” that this al-Qaeda-Iran pact was an “open secret during the Obama administration.” Maybe these revelations are why the Deep State, Obama, Democrats, and negligent Republicans are trying to destroy Trump and the Rule of Law. It can certainly justify why Trump de-certified the Iran nuclear deal.

Unfortunately, “Obama did spy on Trump,” according to former CBS reporter Sharyl Attkisson. She was also illegally spied on by the Obama administration for writing unflattering stories. Ms. Attkisson then credibly alleges, “It means U.S. intelligence agencies secretly surveilled at least a half dozen Trump associates. And those are just the ones we know about.”

John Brennan [then an Obama Homeland Security adviser] is behind the witch hunts of investigative journalists learning information from inside the beltway sources.

This Deep State behavior grew when the intelligence community “expanded its authority in 2011 so it can monitor innocent U.S. citizens.” Then, in January 2016, a top-secret inspector general report “found the NSA violated the very laws designed to prevent abuse.” Also in 2016, Obama officials “searched through intelligence on U.S. citizens a record 30,000 times up from 9,500 in 2013” during an election year. Two weeks before the 2016 presidential election, NSA officials before a FISA court hearing overseeing government surveillance “confessed they’d violated privacy safeguards with much greater frequency” than previously admitted. The presiding judge accused the NSA of “institutional lack of candor and a very serious Fourth Amendment issue.”

What Brennan, Clapper, Rice, and others have done is “monetize access” to classified intelligence for political and private financial gain. Obama intelligence chiefs – and now the Deep State – weaponized intelligence. Past and present high-ranking intelligence officials believe that it was correct to revoke Brennan’s security clearances and that others should follow. These Obama-era officials and current Deep State employees are pursuing political agendas via the anti-Trump media, with the U.S. Department of Justice standing back and doing nothing while America is destroying Trump, the office of the president and the freest, greatest country in the history of mankind.   (American Thinker)