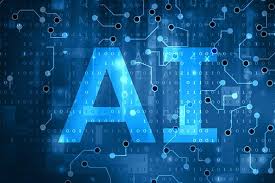 Samsung just announced the opening of an A.I research center in NYC.

Serkan Piantino who works with Facbook, started his own company called Spell Inc. and explained to Crain’s New York what his goal is.   “AI tools can be built for anyone, not just computer engineers”, is the concept behind his startup.

Facebook itself has an A.I research center in New York City which employees over 1000. They are researching how to improve MRI’s with NYU researchers.

“The public dialogue around AI is that it is mysterious and complicated, and deep learning is actually scary,” Piantino said. “In fact this is an accessible new field. Virtually anyone can develop the skills to tinker with it.”

“We are building tools with pitfalls that could be dangerous, we are asking machines to make inferences about people or in some cases to take actions that affect people. We also are handing our tools to other people to accomplish that. Are we doing something that will benefit society?”, Paintino explained to Crain’s New York.

. “A company can pound out revenue or be more thoughtful about fundamentals and metrics and value”, said one of the key investors in Spell Inc. Justin Butler. Butler’s capital venture firm Eclipse also funds companies in robotics, automation, security, health care and other fields where AI is influential in some way. He is on the lookout for more companies in New York to back.

Artificial intelligence is very controversial for a number of reasons, and Paintino and Butler are trying to keep their research and progress ethical.

“As AI development and adoption continues to rise across industries, it’s likely there will be more competition for this talent,” said Raj Mukherjee, senior vice president of product at Indeed, who ran the study showing the increase of AI related jobs, especially in NYC.

“It may be cause for concern for employers looking to find workers with AI skill sets, since these jobs require highly skilled workers with backgrounds in natural language processing, machine learning, and data science.”

The AI trend in NYC continues to grow, as Samsung Electronics has announced it will open a new AI research centre in New York, focusing on the intersection of AI, robotics, and neuroscience, according to telecoms.com blog.

In its mission to employ 1,000 AI specialists by 2020, the New York office will be their sixth AI centre around the world, adding to the ones in Korea, Silicon Valley, UK, Canada and Russia, which were announced back in May. The office will be led by Daniel Lee, EVP of Samsung Research, but only on a part-time basis, continuing his work at Cornell Tech university, according to telecoms.com blog