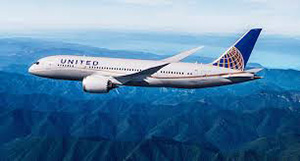 Getting all the way over to Israel just became a little easier for those in the Northeast, especially down near Virginia. United Airlines will begin to offer nonstop flights between Washington and Tel Aviv starting next year, Vos Iz Neias News reports.

Travelers wanting to take a trip to Tel Aviv will have three flights each week that can get them there from Dulles International Airport, with an expected launch date of May 22.

United already offers service to Israel from Newark and San Francisco, but the announcement marks the first time an American airline would provide service right from America’s capital. The greater area did once feature El Al flights that left from Baltimore-Washington International Airport a couple decades ago.

“As we begin celebrating 20 years of service in Israel, we want to thank our customers and employees who have helped make United the top US airline serving Israel,” United Airline’s Patrick Quayle said last week in a statement he issued.

“We thank the Israeli government for its ongoing support and partnership. We look forward to continuing to serve Israel with this new service for our customers traveling between the US capital and one of the most advanced science and technology sectors in the world,” he said.

“We are thrilled to welcome another United Airlines flight to Israel from the United States,” said Levin. “Today’s announcement is a wonderful way to celebrate United’s 20-year history in Israel and opens many more opportunities for both countries to continue to build strong relationships while growing business and expanding tourism.”

Outside of New York, El Al currently offers direct flights from Boston, Los Angeles and Miami. Otherwise, those wishing to visit Israel may sometimes have to make a series of connections in other countries to different airlines to eventually be able to make the long journey to Israel.

El Al is the only commercial airline to equip its planes with missile defense systems, making it one of the world’s safest airlines, also in part because of its security procedures on the ground and on board its aircraft. Out of all the attempted terror attacks and hijackings, only a single El Al flight has ever been hijacked and did not result in fatalities.

As Israel’s national airline, El Al even helps in humanitarian rescue efforts. It helped airlift Jews from other countries to Israel, and even got a world record for the most passengers on a commercial aircraft. The feat was accomplished when Operation Solomon helped move 14,500 Jewish refugees from Ethiopia in 1991.

El Al caters especially to those following Jewish laws. Some examples include kosher in-flight meals and not flying on days when work is forbidden, like Shabbat. The airline flies 38 American-made Boeing airplanes as its over 6,000 staff members help 4 million travelers annually get from place to place. It’s yet to be seen what kinds of services and accommodations United would make for its service to Tel Aviv.

8 Ways to Visit Israel from the Comfort of Your Home