Does Turkey Belong in the Future of NATO? - The Jewish Voice

Does Turkey Belong in the Future of NATO? 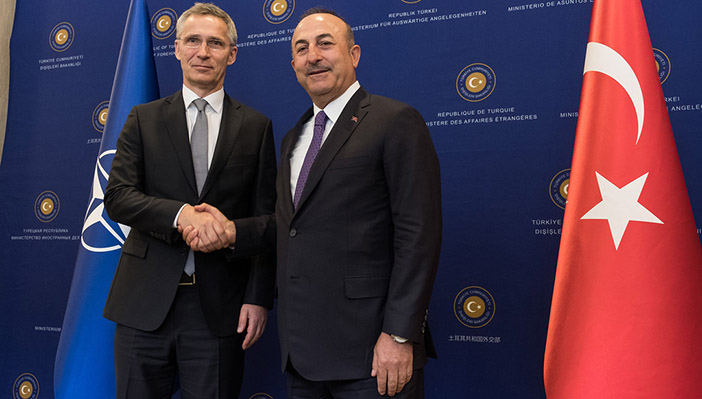 The rot at DOJ runs deep

President Donald J. Trump tends to state what many in the world are saying but few are willing publicly to express:

“I think allowing millions and millions of people to come into Europe is very, very sad,” he recently said. Standing next to UK Prime Minister Teresa May, he stated his conviction that European immigration policies are changing the “fabric of Europe” and destroying European culture.

It is a warning. Europe, in fact, is being flooded with millions of migrants, often from cultures that are openly anti-democratic.

Moreover, some Muslim leaders are encouraging immigrants to resist assimilation into European cultures. Such deliberate non-assimilation has created cultural clashes across Europe.

The reality is that fundamentalist Islamic cultures are, in many ways, at odds with secular Western values.

Regarding NATO, today’s flood of immigrants may well eventually try to transform the heart of values and goals – “to safeguard the Allies’ freedom and security by political and military means” — that brought the NATO nations together in the first place.

Such political and cultural transformation of Europe seems quickly to be forming a huge cultural, social and political collision course at odds with European values. Such a possibility should no longer be considered a forbidden subject of “polite” conversation.

The founding NATO members originally came together in 1949 not only because they shared a “common threat” from the Soviet Union after World War II. They also joined forces because they shared cultural, political and economic goals — and Judeo-Christian, humanistic values, all uniting factors and consistent with the values of NATO.

Loving one’s native culture and feeling comfortable in it is normal. Western leaders have respected the rights of new immigrants to love the cultures from which they have come. But unfortunately, those same leaders are tearing apart their own cultures by turning love of one’s own country into an unforgivable sin, when it is expressed by native citizens of Western countries. This trend needs to end.

Unless the leadership of Europe decides to stop the transformation of the continent with the same determination expressed by some extremist leaders that appear to want to transform it, its future is all too clear.

If the current trend of Islamization continues, it will not be long before politically correct Europe elects Muslim heads of State who demand adherence to sharia law and tolerance of jihad.

Unlikely? Turkey, a NATO member since 1952, when it was a very different Turkey, has been increasingly radicalized for more than a decade by its president, Recep Tayyip Erdogan. Erdogan has also been steadily abrogating NATO commitments, such as, “uphold[ing] democracy, including tolerating diversity,” and that members “must be good neighbors and respect sovereignty outside their borders.”

Turkey’s democracy has been eroding and is now being called a “hollow democracy.”

Tolerating diversity? Consider Turkey’s genocide of Armenian Christians, and persecution and expulsions of Greek Christians. Currently, Turkey is holding an American pastor, Andrew Brunson (first in prison and now under house arrest), on charges of “dividing and separating [Turkey], by means of Christianization,” as well as false charges of espionage.

In addition, in January 2018, Turkey invaded northwestern Syria and seized the Syrian city of Afrin, an act hardly commensurate with NATO’s minimum requirements for membership, which say that member states “must be good neighbors and respect sovereignty outside their borders.”

Western civilization is at a crossroads. President Trump’s warning to Europe could not have come at a more appropriate time. Turkey’s recent policies and actions reflect how fragile NATO relations have become, due to the breaking down of the cohesive culture that brought NATO members together in the first place.

If gaps continue to grow between some of NATO’s members in matters of cultural identity, values and vision, the US may well have to prepare for an uncertain future with NATO.

Nonie Darwish, born and raised in Egypt, is the author of “Wholly Different; Why I Chose Biblical Values Over Islamic Values”.