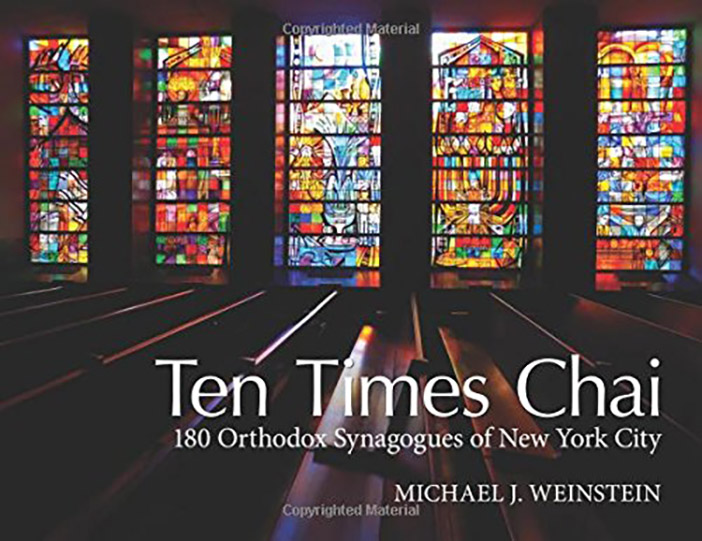 We know from Pirkei Avot, the Chapters or Ethics of our Fathers, that Shimon the Righteous was among the last members of the Great Assembly, the Anshei Knesset HaGedolah. He would say, “On three things the world depends, on Torah study, on the service of G-d, and on bestowing kindness.” (Chapter 1, Mishna 2)

I was not brought up very observant, but after a family trip to Israel in 2011, I started to return to Judaism, to get myself on the right path. I have worked as an Investment Advisor for over 20 years and after the financial crisis, I became a survivor of sorts. I found a refuge in learning Torah, particularly the works of Rabbi Nachman of Breslov, zt”l, who taught “Never Give Up” and to always look for the good points in others and in ourselves. I began to develop “deveikus,” closeness to Hashem, creating my own “Sulam Aliyah,” my Ladder of Growth. I was told that if Rabbi Akiva could learn after age 40, it was not too late for me. Hashem had been with me since birth but it was now up to me to know him.

I knew my great grandparents were from Pinsk, part of the Pale of Settlement, in Russia, and like so many, they left to escape the pogroms, the brutal killings, the persecutions, the poverty, and the laws separating the Jews from religious freedom. It was my great Grandfather, Meir (meaning “one who shines”) who came alone in 1896 and later sent for his wife Nachama (meaning “comfort”) and their three children, Augustus, Irving, and Samuel in 1900. Meir “Americanized” his name to Morris and Nechama became Anna. I later learned that Meir had a pushcart, a beard and a kippah, and davened with the Stoliner shul on the Lower East Side. A few years later, my great grandparents moved to Brooklyn and it was there that my grandmother Belle and her sister Dorothy were born. Years later, the family was able to afford a two bedroom apartment on Ocean Parkway and the family stayed in Brooklyn until 1976, just after my bar mitzvah, when they left for the Sunshine State of Florida.

It was the memories of my family living in Brooklyn, particularly the Passover seders at 101 Ocean Parkway, that never left my mind. And so after the trip to Israel, I started to learn Torah, to reconnect with the ways of my Grandparents and great Grandparents, and the generations before them. I wanted to do something positive but did not know what to do, but prayed to Hashem: “Ribono Shel Olam,” Master of the World, help me help others. Somehow, I turned to Google and typed two words, “Mitzvah” and “Brooklyn,” and pressed the enter key. The result was finding Brooklynite Michael Cohen. Michael had a video talking about the importance of mitzvah and helping others. “Providing Chessed to those in need” was his motto and I volunteered to help.

I didn’t know how a guy with a full time job as an investment advisor, living and working about an hour away on Long Island, could help anyone in Brooklyn, but Michael suggested I start by visiting one Holocaust Survivor, Ludwig Katzenstein. Michael’s suggestion turned out to be a real Blessing. One mitzvah led to another mitzvah as I volunteered at Friendly Visiting For Holocaust Survivors, a program of the Jewish Community Council of Greater Coney Island.

Also, on Thursday nights for almost six months, I volunteered at Aishel Shabbat by delivering boxes of food for Shabbat to needy families but it became too difficult for me driving from Long Island during the winter months. I decided to step up my visits to the Holocaust Survivors, later meeting over 23 Holocaust survivors, mostly on Thursday nights and Sunday mornings. At some point, I visited not only the Holocaust Survivors but nearby orthodox synagogues all over Brooklyn, in neighborhoods such as Borough Park, Brighton Beach, Coney Island, Flatbush, and Midwood. I started taking photos, first with my Samsung Galaxy phone and later with a Nikon camera, intending to someday make a book of 100 orthodox synagogues of Brooklyn. I thought about it and realized that my great grandparents started on the Lower East Side, and later moved to Brooklyn.

My grandfather was born in a tenement on Cherry Street on the Lower East Side, lost his mother when he was 7 and he was sent to live with his older Sister in the Bronx and became a lifetime New York Yankees fan. My father married and moved from Brooklyn to Briarwood, Queens, where I was born and lived until age 3. I later learned that my Great Grandparents are at rest at the United Hebrew Cemetery in Staten Island. So I actually have roots in all 5 boroughs and decided, with Hashem’s help, to make a book, “Ten Times Chai: 180 Orthodox Synagogues of New York City,” a coffee table style photo book with 613 color photos of existing orthodox synagogues.

At some point, I decided to talk to congregations about my visits with the Holocaust Survivors, my journeys into over 60 neighborhoods in the 5 boroughs, and discuss some of the architectural beauty and history of many of these synagogues. Nothing led me to believe that my book would change anything until a few months ago. I was contacting various synagogues and contacting Synagogue Presidents and Rabbis to see if there was any interest having me do a free book talk. Upon contacting the Young Israel of Jamaica Estates in Queens, I contacted the Synagogue President, Avram Blumenthal, who seemed busy and I was told “we’ll get back to you,” more than once. I started to question myself, who was I, why am I trying share my story, why can’t I just thank Hashem for the book, etc.

After about two months I called Avram and was told, “Before you say anything, let me tell you what happened.” I was told that Avram and members of the Synagogue were planning a 30th anniversary event to honor the original founders of the congregation and those who designed the sanctuary in 1987. Avram was too busy to buy the book and went on a trip to Israel, where he saw my book on a friend’s coffee table in Jerusalem.

When he returned to New York, Avram learned that one of founders, Lucille Rosenberg (Liebeh Tziviyeh bat Shmuel) who served as the Chairperson of the Interior Design Committee, who was battling cancer was now in a hospice. Lucille was an artist, had a Masters degree in art and had taught art at Solomon Schechter schools.

Avram bought the book, personally inscribed it to Lucille and gave the book to Lucille’s husband, Abe Rosenberg, who brought it to Lucille.

Prior to this, Lucille’s son came to visit from Canada with his wife and 4 daughters (including triplets). Lucille’s daughter also came to visit with her Husband and Daughter. Lucille blessed each of her Granddaughters and cried, only because she knew that she would not be able to see them get bat mitzvahed and married, G-d willing. Abe said that Lucille was totally fearless and said that “just as there is a proper way to live, there is a proper way to die.” Lucille told her Granddaughters that she would look down on them from Shamayim (heaven).

By the time the book was brought to the hospice, Lucille was mostly not aware and non communicative. Lucille’s loving husband Abe gave the book to Rabbi Shlomo Hochberg and Rebbetzin Karen Hochberg of Young Israel of Jamaica Estates, who were trying to comfort Lucille, talking about Lucille’s accomplishments and showing her the photos of her work. With help from Hashem, Lucille opened her eyes for about a minute and smiled in appreciation. All those present told Lucille that her work was a vital part of the Young Israel of Jamaica Estates, over 30 years after its founding. Lucille was also told that her designs are now part of a book that is seen by people in Israel and throughout the world. Abe later told me that Lucille’s smile showed that “she knew the good that she accomplished.” Abe told me that Lucille also designed a beautiful cover, mantel, of a Torah scroll from Czechoslovakia rescued after the Holocaust and it is on display at the Young Israel of Jamaica Estates.

In the end, Lucille was aware of the tremendous chesed, the kindness of others and Abe expressed his gratitude to all involved.

I am thankful to Hashem that there are good people like Avram, like the Rabbi & Rebbetzin Hochberg, and of course Abe Rosenberg, Lucille’s loving Husband, their friends and family, as well as the staff at the hospice, out there. It confirmed what Shimon the Righteous said, how important Chesed is. May the memory of Lucille Rosenberg, Liebeh Tziviyeh bat Shmuel, always be for a blessing.