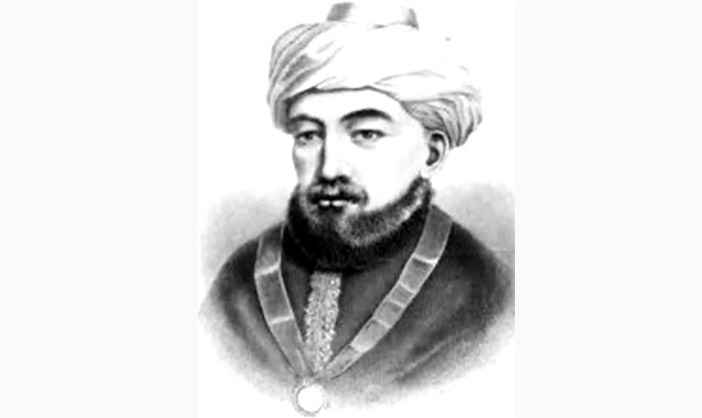 I am remaining with the topic of humility because it is also very relevant to these parshios, as well as the concept of kotzer ruach. As Moshe Rabbeinu will tell the Jewish people in this week’s parshah, fear of God is the secret to staying loyal to God and maximizing one’s portion in the World-to- Come. It works, not just because one becomes afraid to commit a sin, but because it results in humility. Humility is the secret to success on all levels.

The question is, what is humility? On one hand it is a very common idea, but on the other hand, it is also a commonly misunderstood idea, often confused with other more negative traits such as submissiveness.

Truth is humbling. The greater the truth, the more humbling it is. But not just any truth, but the Ultimate Truth, which is God Himself. It is awe that results in humility, and nothing is more awesome than God.

This is why at Mt. Sinai the Jewish people, when receiving Torah, were able to become completely unified as a people:

They traveled from Refidim and came to the Sinai Desert, and they camped in the desert; they (written: he) camped opposite the mountain. (Shemos 19:2)

He camped opposite the mountain: k’ish echad, b’leiv echad—like a single person with a single heart. (Rashi)

The revelation of God was so awesome that it caused everyone to forget about their own personal lives and focus completely on the awesomeness of the moment. Personal biases and selfish tendencies became petty even to people who were normally petty.

Life itself is also very humbling. Take health, for example. As some have said, it’s not a question of why we get sick, but of why we don’t get sick more often. There are so many things that can go wrong with our bodies:

Blessed are You, God our God, King of the universe, Who formed man with wisdom and created within him many openings and many hollows. It is obvious and known before Your Throne of Glory that if even one of them ruptures, or if even one of them becomes blocked, it would be impossible to survive and to stand before You (even for a short period). Blessed are You, Hashem, Who heals all flesh and acts wondrously. (Blessing After Bathroom)

Especially as one ages. It is amazing that we can go about life as freely as we do, some well into their 80s and 90s.

Even if a fully developed human body never actually came to life it would still be a remarkable and awesome creation. Besides the organs, the muscles, and the tendons that comprise the more visible parts of a person, there is the incredible blood network and nervous system that gives it life and keeps it working quite harmoniously.

God formed man from dust of the ground and breathed into his nostrils a living soul, and the man became a living spirit. (Bereishis 2:7)

It is this Divine spark, that we receive at some point in the development process, that kickstarts our entire system and puts each one of us on a path towards an independent life.

The smallest glitch can bring all of it to a either a partial or complete halt. Something goes down the wrong pipe and we choke. We eat bad food and our digestive system is negatively impacted. Something goes wrong with our blood system or nervous system and the damage can be drastic and long term. And such small glitches can occur so easily.

Though “billions” of things can go wrong with personal health, they don’t because of another element that is far more important than the physical parts of our bodies working as designed. It is called Hashgochah Pratis, or Divine Providence, which at a moment’s notice can turn a person’s life upside down or right side up, depending upon the spiritual needs of the person. It is all very humbling.

In short, humility is the result of a level of consciousness that a person can attain just by paying attention to the reality of life itself. This is what the Rambam teaches here:

What is the process for coming to love and fear God? When one contemplates His actions and His wondrous and great creations and sees in them His wisdom, that it has no limit and no end, immediately he will love and praise Him, and desire tremendously to know His great Name. (Yad Chazakah, Yesodei HaTorah, 2:2)

This is why people who are suffering often turn to religion. What might appear to more “successful” people as a copout, as a desire to explain away their troubles by associating them with the inexplicable, is actually the result of just the opposite. Suffering sensitizes a person to the gift of life which humbles the person to the point of being able to acknowledge and accept the greater truth that everything comes from God.

For example, a person who, God forbid, becomes immobile, even unable to feed himself, never brags about how he gets around or takes care of his basic needs. His dependency on others to help him get by is perfectly clear to him and everyone else.

However, the person who wakes himself up in the morning, gets dressed on his own and feeds himself before tackling his daily tasks, is easily fooled into believing that he is responsible for his own successes. The “intermediary” between his success and his failure, between his health and his illness, is invisible to him, making delusions about personal independence inevitable.

Rashi alludes to this at exactly the point in the Torah where the topic of Amalek, and therefore doubt in Divine Providence, is discussed:

The Torah places this section [of the attack of Amalek] immediately after this verse [of, “Is God amongst us or not?”] to teach [t[that God said]“I am always amongst you and ready at hand for everything you need, and yet you say, ‘Is God amongst us or not?’ By your lives, that ‘dog’ shall come and bite you, and you will cry for Me and then you will know where I am!” It is like a man who carried his son on his shoulders and went on a journey. The son saw an article and said, “Father, pick up that thing and give it to me.” He gave it to him, and so a second time and also a third time.