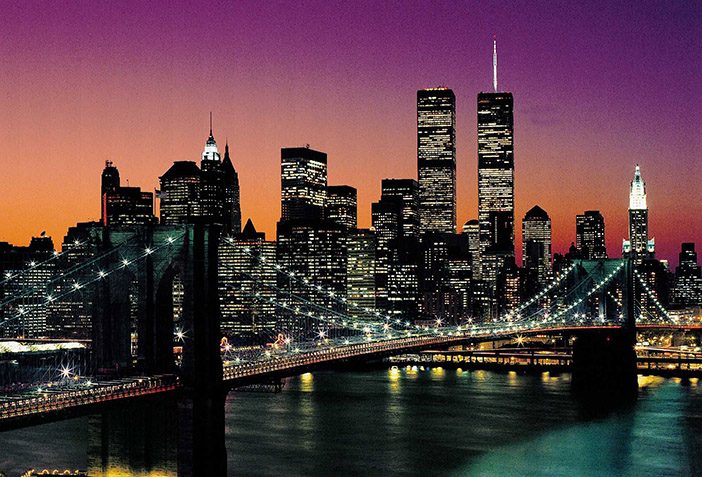 New York’s real estate market has naturally always offered prime locations, but the market had been doing so well in recent years as a record influx of wealthy foreign buyers, a growing population and historic high employment boosted the market, Crain’s reports.

Because New York is, well, certainly in the eyes of many lifetime New Yorkers, the heart of the world and also where the stock market and major corporations are, the common thought would be that there would always be people trying to move into the Big Apple, so the real estate market would always be good.

New reports indicating nationwide slowdowns in housing sales suggest things could even be changing for New York. Data from the second quarter of the year show that Manhattan is already being affected and not showing the strength it’s had during the past few years.

Builders have slowed the development of new apartments, as those numbers fell by 36.7 percent from the number in the second quarter of 2017. The median sale prices for the units also fell, dropping by 19.2 percent during that period to $2.6 million from $3.3 million, according to data from Douglas Elliman.

The number of existing unit sales, making up 87 percent of Manhattan residential sales, dropped by 12.3 percent in the three-month period from a year ago. The median sales price for the units was $975,000 in the second quarter, an increase from the same period a year ago but less than the record $995,000 average set in the third quarter last year, Crain’s reports.

Jonathan Miller, president and CEO of the market research and appraisal company Miller Samuel, said he believes sales prices took some time to correct because they take a while to catch up to reality before becoming useful indicators of something bigger coming. Sales volumes for existing units haven’t been as high for three quarters in a row now, which particularly troubles Miller.

“I characterize that as a reset, and it does have the potential to fall farther,” Miller said. “Demand is continuing to be softer than it was last year.”

The data coincides with evidence of a slowing housing market across the country. Bloomberg reported yesterday that the number of home sales dropped for three consecutive months ending in June and that home prices grew by 6.4 percent in May, the lowest monthly gain in a year. Although those numbers don’t indicate a crisis, the problem is that the market may be starting to cool off.

The Wall Street Journal reported that the number of overseas buyers decreased 21 percent year over year, according to data released Thursday by the National Association of Realtors. The participation of foreigners had been one of the market forces that drove prices higher in the city, especially when it came to luxury units.

“We’re definitely going through a period of change,” Miller said, “and it’s not entirely clear where it’s heading right now.”

Bentley to Brand Tallest Beachfront Tower in US; Miami Luxury Bldg to Be Completed in 2026

The Dark Side of Real Estate: Former CEO of NY Real Estate Firm Sentenced to 5 Years in Prison for $58M Securities Fraud Scheme

Looking for Real Estate in Israel? The Hess-7 Project in J’slm is the Perfect Choice