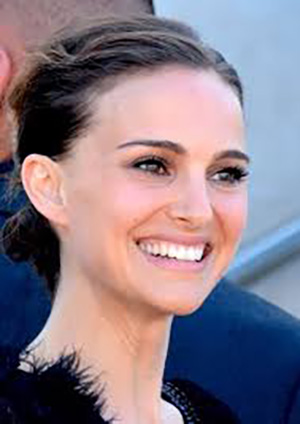 Singer is known most in popular culture for Yentl the Yeshiva Boy which became the film Yentl starring Barbara Streisand. He died in 1991

In the video she compares eating meat to Nazi activity, albeit indirectly. “As long as people will shed the blood of innocent creatures there can be no peace, no liberty, no harmony. Slaughter and justice cannot dwell together”, Portman says in the video.

In the video, released recently, she cites a character from a Singer novel, ‘Shosha’, who compares eating meat to Nazi actions.

Natalie Portman praised the Nobel Prize winning author for thinking “far ahead of his time” by writing “of individuals who dared to challenge cultural norms” such as championing women’s rights, gay marriage and articulating “the plight of animals so boldly that the modern world could not ignore him”.

Quoting from Singer, the Jewish actress said: “I did not become a vegetarian for my health. I did it for the health of the chickens.”

In 2009, a German court banned PETA from comparing eating meat to Nazi atrocities. It also prohibited the animal welfare group from using photos of concentration camp inmates and other images of Nazi genocide. Portman comes close to breaking the German rules but craftily skirts around it.

Portman is no stranger to controversy. In April, the Isreali born Hollywood star snubbed her homeland by refusing to show up at the prestigious Genesis Prize Foundation ceremony to receive her award in a politically motivated decision, mainly her disapproval of Benjamin Netanyahu, The Jewish Voice previously reported.

The Genesis award $1 million award given annually to Jewish people who have attained recognition and excellence in their fields. The prize was founded with the objective of inspiring and developing a sense of pride and belonging among young unaffiliated Jews throughout the world, according to the Genesis Prize Foundation. The award is sometimes referred to as the “Jewish Nobel”.

“I chose not to attend because I did not want to appear as endorsing Benjamin Netanyahu, by the same token, I am not part of the BDS movement and do not endorse it”, Portman wrote.

Netanyahu was going to speak at the ceremony.

Portman also wrote in her statement: “Like many Israelis and Jews around the world, I can be critical of the leadership in Israel without wanting to boycott the entire nation”.