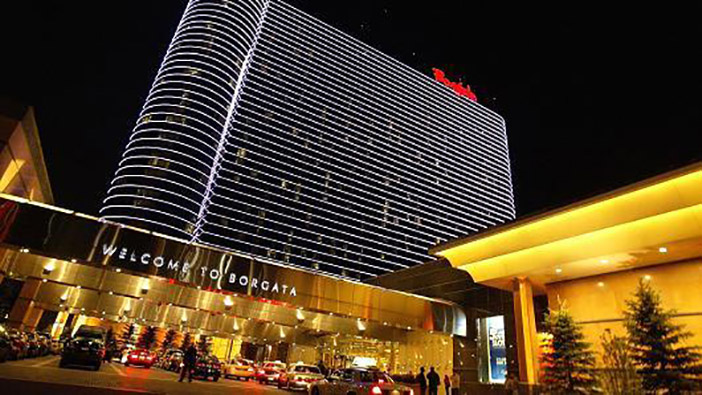 Sports betting looks like it’s about to spread even more as the Borgata Casino in Atlantic City will expand its sports betting options to include online play along with the in-house wagering already offered, the owner of Atlantic City’s Borgata Hotel Casino & Spa said last week.

“We’ll be up and running as soon as we have all the approvals,” a spokesman for MGM Resorts said and added that paperwork still needed to be worked out but that online sports betting could be available by the end of the week.

The MGM spokesperson explained how Borgata needed its proposed sports betting app, playMGM, to get the okay from New Jersey’s Division of Gaming Enforcement, saying “it’s a day-to-day thing,” the MGM spokesperson said when asked when the state’s Division of Gaming Enforcement is expected to approve playMGM, the casino’s sports betting app.

Borgata would actually not be the first casino in the state to offer remote sports betting as the daily fantasy betting company DraftKings partnered last week with Morris Bailey’s Resorts Casino Hotel. Borgata’s playMGM app will be open to anyone in the state and over 21 while Resorts has so far only been able to open online sports betting to select bettors who received invitations.

“For a limited time only we’re inviting a few early movers to play DraftKings Sportsbook before we open it up to the general public,” according to a description found on Resorts Casino’s website.

DraftKings did not disclose how many people had received the invitations to try online betting in what will be a trial run for the sports book as it tries working out any kinks before offering it to the general public.

Caesars Entertainment has expressed interest in getting a piece of the action as well but has not indicated a timeline. The group owns three properties in Atlantic City. Caesars Atlantic City and Bally’s Atlantic City are in the middle of the boardwalk and connected, and Harrah’s Atlantic City is one of three casinos out in the marina district. Bally’s is known for being at the location of Park Place and Boardwalk, two legendary properties in the board game of Monopoly. Bally’s used to be named Bally’s Park Place in order to play up the association. While those casinos used to offer horse betting, they stopped a few years ago and have yet to include plans for a sportsbook or a revived racebook.

FanDuel, another major daily fantasy sports wagering website like DraftKings, will team up with Boyd Gaming Corp “to pursue sports betting and online gaming opportunities across the United States,” as announced last week.

Gov. Phil Murphy passed sports gambling legislation after a Supreme Court ruling legalized sports betting a few months ago. Borgata and Ocean Casino have built sportsbooks, with the newly opened Ocean putting the finishing touches on its sportsbook in partnership with William Hill. The sportsbook has been accepting wagers as construction finishes on the area that used to be a stage in the now-defunct Revel in which Ocean was resurrected last June along with Hard Rock Casino opening in the old Taj Mahal.