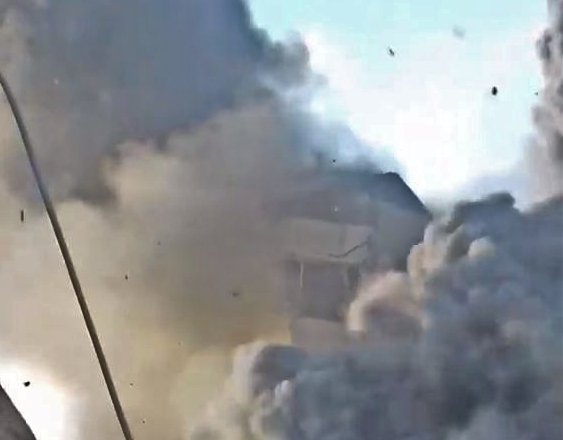 Over the past 24 hours, the terrorist Hamas organization that is based in Gaza has escalated its attacks against Israeli civilians, firing over 211 rockets, successfully hitting a target 170 times. primarily at Israeli villages and schools. Today, the Negev city of Be’er Sheva was hit for the first time since 2014.

In the Eshkol region, a 30-year-old woman was seriously injured when a rocket hit a greenhouse where she was working. Prof. Yochanan Pfizer, deputy director of Soroka Hospital in Beersheba, told IDF Radio that her life was in danger. Another person was moderately injured.

In one attack, Hamas fired rockets at a playground in Sderot, which is home to 25,000 people.

“They’re innocent mothers and fathers, brothers and sisters, sons and daughters. The Hamas terrorist organization looks at Sderot from the Gaza Strip and sees 25,000 targets,” the IDF stated.

For the first time in four years, Hamas fired rockets as far north as Ashkelon.

The Israeli Air Force (IAF) responded by attacking over 150 Hamas terror targets throughout the Strip, including a cement factory used to build terror tunnels, a maritime terror tunnel shaft, a weapons manufacturing and storage facility, and several terror sites in military compounds.

Additionally, five training camps were targeted as well as a main warehouse and a meeting point used by the senior commanders of the Khan Yunis Brigade.

As with previous conflicts, Hamas is holding Gaza hostage with an extremist ideology bent on killing as many Israelis and Jews as possible, at all costs. Hamas continues to launch rockets from urban areas, hoping to cause both Israeli and Palestinian civilian casualties. This recent violence is an extension of the months of arson terror which has caused hundreds of deadly and environmentally catastrophic wildfires across the Israeli south, as well as Hamas’s use of terror cells to target Israeli civilians with snipers, IEDs and tunnels dug into Israeli territory. Since it overthrew the Palestinian Authority in Gaza in 2007, Hamas only pauses so it can rearm.

Attacks on Israeli civilians and genuine threats to the safety of thousands have regrettably been portrayed as “ peaceful protests” or “demonstrations”, which could not be further from the truth, as confirmed by Hamas leaders themselves in Arabic interviews to Arab TV stations.

Israel calls on law abiding nations and international bodies to condemn Hamas unreservedly for its aggression. Inversely, Hamas is taking steps to further worsen the situation of their own people, as a play for international condemnation of Israel.

Israel will continue to defend its citizens, while seeking a just and sustainable peace in which Israeli civilians do not live under the threat of Hamas’s genocidal terror.

Egypt and the United Nations negotiated a return to calm starting shortly before midnight Thursday with a ceasefire seemingly bringing an end to the upturn in violence.