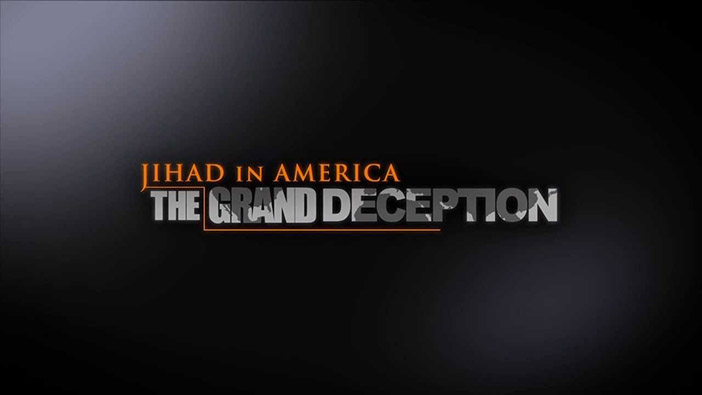 Furthermore, the Times reported that the “elder Mr. Wahhaj has had a long career as a clergyman, traveling the world and delivering lectures on Islam, and even once gave a religious invocation in Congress.”

But as we showed in our documentary The Grand Deception, Siraj Wahhaj’s invocation at the House of Representatives in 1991, contrary to proving his peaceful legitimacy as the Times clearly suggested, was in fact a ruse to cover up his true militant Islamic beliefs that he had preached before and after his Congressional invocation.

The video shows that Wahhaj was spouting poison as far back as 1982, when he called it “bullshit” for Muslims to pledge allegiance to the American flag. He later called the United States “filthy and sick.” And in 1991, the same year he gave a congressional invocation, Wahhaj called it “an honor to die in Jihad.”

The omissions of key facts and erroneous statements of unidentified sources in this Times story are not the worst in the world. But they are indicative of a much larger and longtime pattern in the Times’ reporting about incidents involving radical Islam.

This is not only unfair to its readers; it is plainly dishonest.

To be sure, the Times is not the only mainstream media outlet guilty of this de facto cover up in sanitizing radical Islam in the United States and around the world. It is even done by governments. But the Times holds itself to the highest of journalistic integrity. The Times historically has played a prominent role in uncovering corruption and injustice. But when it comes to radical Islam, it has been blinded by a corrosive political correctness that has infected the entire paper. And that’s not only a scandal but a tragedy.

Siraj Wahhaj: “In the name of God, most gracious most merciful, guide the leaders of this nation, who have been given a great responsibility in worldly affairs, guide them, and grant them righteousness and wisdom.”

Narrator: “Siraj Wahhaj, a sometime leader and prominent speaker at events hosted by American groups connected with the Muslim Brotherhood, was chosen to give the first Muslim invocation before Congress in 1991.”

Narrator: “Here’s Wahhaj in front of his own congregation… long before his congressional appearance.”

Siraj Wahhaj: “Every day they would go to school and they would put American flag in front of these little babies, Muslim babies…’I pledge allegiance to the flag of the United States of America and to the Republic for which it stands’… Bullshit!”

Narrator: “Here he is after his congressional appearance.”

Siraj Wahhaj: “You wanna defend this country? You know what this country is? It’s a garbage can. It’s filthy, filthy and sick…”

“Allah won’t promise you that you’re not going to die in Jihad. It is an honor to die in Jihad. Yes, an honor. Allah doesn’t. Even when you fight, sometimes they win, sometimes you win. This is the way it is with Allah. That’s the way [we’ve] always done it. So that Allah will know the believers from the disbelievers.”

[And yet still that same year, he gave another sermon revealing the real reason why Muslims should get involved in politics—to establish Islamic hegemony in the US.] [Siraj Wahhaj- The Muslim Agenda in the New World Order – Dallas, Texas November 15, 1991]

“Wherever you came from, you came to America. You came for one reason and one reason only, to establish Allah’s deen, as a servant of Allah SWT.”