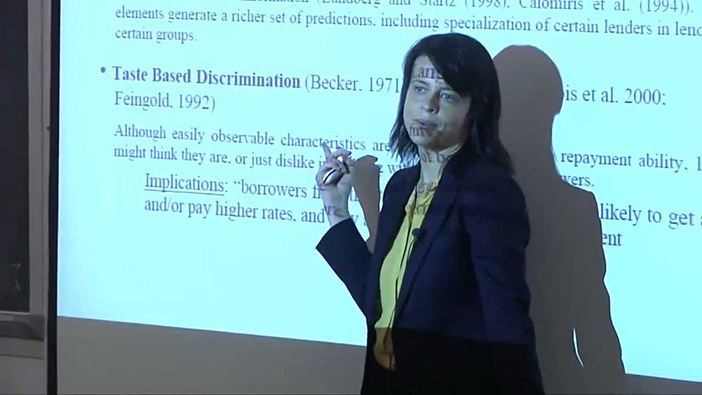 After two days of deliberation, a judge decided that a Columbia University professor retaliated against a former assistant professor who accused him of sexual harassment and gender discrimination, according to The New York Times.

Under the jury’s findings based on the New York City Human Rights Law, Columbia has liabilities in the case. Enrichetta Ravina, a former assistant professor of finance and economics at the Columbia Business School, had filed a lawsuit against Columbia University and Prof. Geert Bekaert in 2016, seeking up to $30 million in damages, according to The New York Times.

Ravina’s lawyers say she was an up-and-coming budding junior faculty member at Columbia and part of a small pool of academics who publish research on investor data in the United States. Her promising trajectory hit setbacks as her problems started. She was close to accessing data on the investment decisions of workers preparing to retire.

Bekaert, a senior faculty member who has taught at Columbia for nearly 20 years, had ties to the company that owned the data Ravina needed, The New York Times explains. It didn’t take long for the harassment to start. The suit describes Bekaert as a supervisor who used his power to make sure Ravina’s research dragged on and kept hitting hurdles as he also undermined her attempts to gain tenure. He told her of his sexual exploits and preferences, touched her inappropriately and asked that she call him “sexy,” according to the suit.

Ravina’s complaints to Columbia leadership sparked the school to get her tenure process moving quicker while also revoking paid leave from the 2015-16 academic year. Ravina was denied tenure, The New York Times reports. The university’s lawyers attempted to portray Ravina as someone deserving of losing her tenure because she didn’t do well in her job and not that the lack of tenure was unwarranted and done in retaliation.

In Tuesday’s closing statements, Ravina’s lawyer, David Sanford, called for Columbia to bolster the staff in its Equal Opportunity and Affirmative Action office and regulate relationships between junior and senior faculty, according to The New York Times.

“Columbia emboldened Professor Bekaert by its inaction,” Sanford told the jury. “You would likewise embolden Professor Bekaert if you do not act.” Shortly after the eight-person jury delivered its verdict, Ravina took the stand again as the next phase of the trial began. The jury will hear evidence on the damages she is seeking, and closing arguments are expected to take place in the coming days.

The decision comes in the era of the #MeToo movement when power imbalances in the workplace can ruin people’s lives, most especially the lives of women. Reports indicated that powerful media figures like Harvey Weinstein and Roger Ailes not only harassed employees, and worse, but they retaliated and would ruin careers.