COJO of Staten Island Celebrates It’s 50 Plus One Anniversary 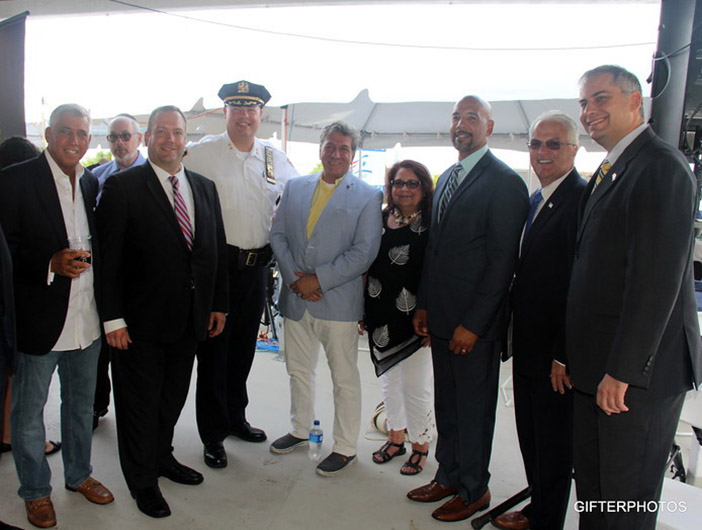 On Tuesday, August 21, 2018, a crowd of a few hundred gathered at the Staten Island Yankees located at the Richmond County Ball Park in the St. George section of Staten Island to celebrate the 50 Plus 1 Celebration and Awards Ceremony of the Staten Island Council of Jewish Organizations (COJO-SI).

COJO was established in 1967 as the central coordinating and resource organization for the Staten Island Jewish Community which currently boasts a constituency of 40, 000 and growing. COJO-SI is also a proud founder and charter member of the Jewish Community Relations Council of New York, (JCRC-NY).

COJO-SI honored at this gala celebrating a half a century of COJO’s service to Staten Island the venerable legendary Rebbetzin Bonita Nathan-Sussman with the COJO Lifetime Achievement Award. This award recognized Rebbetzin Sussman’s 36 years of ongoing service to COJO, Congregation Temple Emanu-El and the broader Staten Island Community.

Mendy Mirocznik, president of COJO stated, “Rebbetzin Sussman plays a pivotal role in COJO and she has been a COJO stalwart for the last 36 years since her arrival in Staten Island….tonight’s award to Rebbetzin Sussman is just a mere thank you for the great debt of gratitude owed to Rebbetzin Sussman, and we at COJO look forward to continuing our work for a better community.”

Mirocznik stated that we must always remember the vision of Rabbi Joseph Harris the then Executive Director of the Jewish Community Center of Staten Island who founded and organized COJO in 1967 during the Six Day War as well as to Carl Berkowitz, Gerald E. Cabot, Norman Delman, Rabbi Saul Eisner, Max Gersinger, Nathan Levy, Alan Newman, Zev Scharf, Emmanuel Saks the COJO Presidents who have molded COJO into the wonderful agency that it is today. Mirocznik stated, “the key is leadership and thanks to the efforts of these great leaders COJO has blossomed into what it is today, a highly respected and renown advocate for Staten Island.”

Mirocznik then went on to praise Scott Maurer the Chief Executive Officer of COJO and stated, “that in no small measure is our success, growth and rejuvenation attributable to our dear friend Scott Maurer. Scott lives COJO 24/7 and he always says Yes. The word No does not exist in his vocabulary. Thanks to Scott we are flourishing.” Maurer responded, “that working for COJO, the Community, the State of Israel is an easy sell. It is easy because of what COJO accomplishes as an organization and that is building a strong vibrant community.”

Bronx Borough President Reuben Diaz commented that, “what I have witnessed tonight is a testament to the hard work of Mendy Mirocznik and Scott Maurer…the Staten island COJO truly is an exemplary model of how COJO as a big tent unites not only the Jewish Community, but all communities that comprise Staten Island…It is a pleasure to see that people from all walks of life are breaking bread under the COJO banner and bonding strong relationships. Tonight’s affair is a statement how unity and diversity should cooperate to benefit all New Yorkers.”