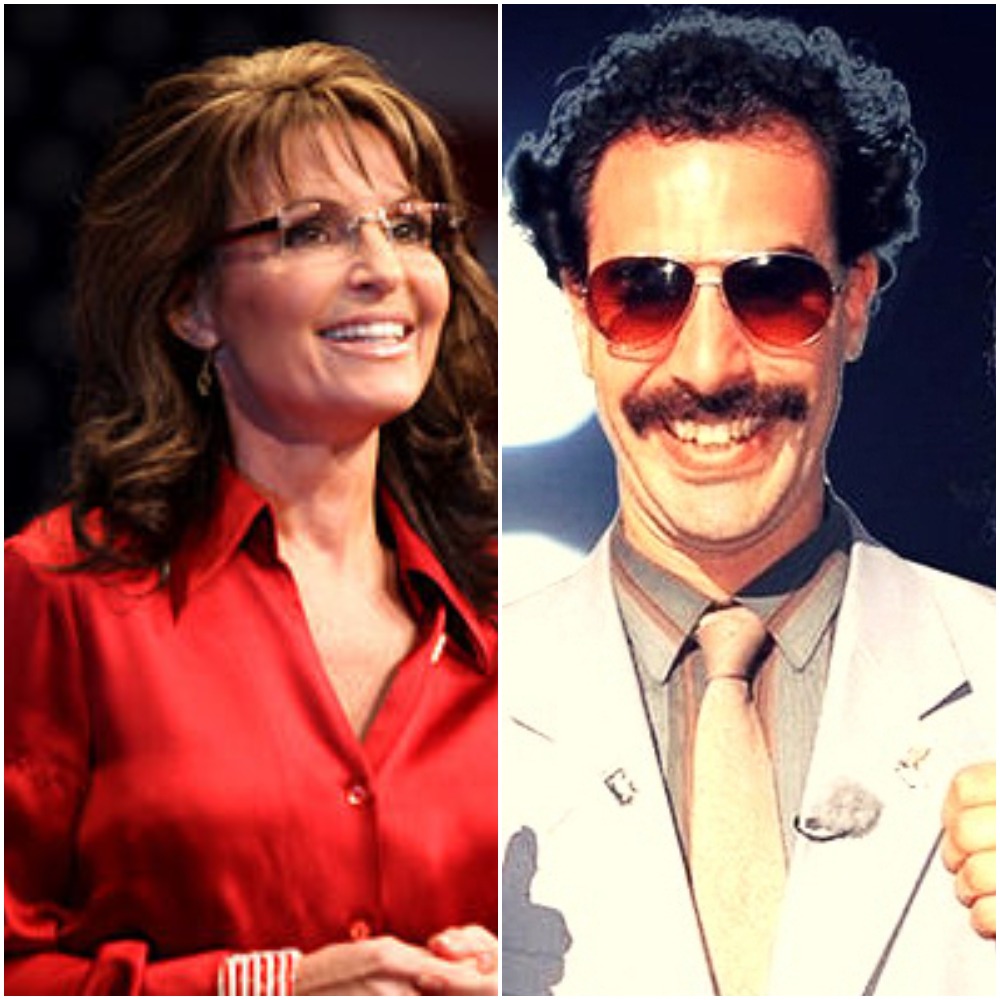 Former vice presidential candidate revealed in a Facebook post that she and her daughter were “duped” into participating in an interview for Sacha Baron Cohen’s Showtime series “Who Is America?” She called his humor as “evil, exploitive” and “sick.”

According to Palin’s post, she was contacted via a speakers bureau for a “legit opportunity” to honor American veterans and contribute to a Showtime historical documentary. She said that once she arrived, she was met by someone who she presumes was Cohen, heavily disguise as a disabled U.S. veteran, “fake wheelchair and all.”

“I sat through a long ‘interview’ full of Hollywoodism’s [sic] disrespect and sarcasm — but finally had enough and literally, physically removed my mic and walked out,” Palin wrote. “The disrespect of our US military and middle-class Americans via Cohen’s foreign commentaries under the guise of interview questions was perverse … Mock politicians and innocent public personalities all you want, if that lets you sleep at night, but HOW DARE YOU mock those who have fought and served our country. Truly sick.”

She challenged CBS and Showtime to donate the “proceeds” of the show to “a charitable group that actually respects and supports American vets,” according to NBC News.

Palin also claimed that the production company intentionally dropped her and her daughter off at the wrong Washington airport, a mishap that led to the two missing their flight home.

CBS and Showtime did not immediately comment on Palin’s criticisms.

Online teaser trailers don’t indicate when a premier date for the episode will be, according to NBC News, which adds that a trailer exists in which former Vice President Dick Cheney is seen sitting in a chair holding a jug.

A voice off screen, sounding like one of Cohen’s characters, asks, “Is it possible to sign my waterboard kit?”

“Sure,” Cheney says. The clip cuts to him saying, “That’s a first. That’s the first time I’ve signed a waterboard.”

A source tells People that the former Alaska governor, 54, was asked a “horrible” question about Chelsea Clinton, which prompted the former vice presidential candidate to walk out of the prank interview.

The interview, which taped in November 2017, was booked through a speaker’s bureau that was working with the former Republican vice-presidential candidate at the time. “The request was very sophisticated and looked legit,” the source said to People.

“All of it was obnoxious, but I think the last straw was when the interviewer asked about what he claimed was a government-funded sex-change operation for Chelsea Clinton,” the source says.

“Cohen was trying to get Governor Palin to say something homophobic and hateful. She takes it personally when anyone goes after the children and families of politicians. She just thought, ‘What a horrible thing.’ She was particularly incensed about that.”