Rabbi Who Crowned Netanyahu Wants Shaked to Succeed Him 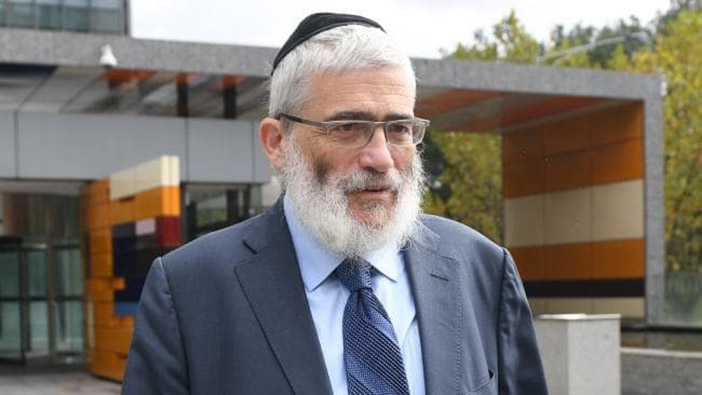 In controversial UN speech, Lapid touts a two state solution but says it can’t be a ‘terror base’

Likud leader Benjamin Netanyahu sh§ocked the world when he came from behind to defeat heavily favored incumbent Shimon Peres in the May 1996 election and win the premiership for the first time.

A campaign that started two days before the May 29 election was what eventually gave him enough momentum to pull off the victory, when banners went up at junctions across the country with the slogan “Netanyahu is good for the Jews.”

The campaign was funded by Australian billionaire Joseph Gutnick, a Chabad rabbi who made a fortune from taking the advice of the Lubavitcher Rebbe, Menachem Mendel Schneerson, to mine diamonds in Australia’s Northern Territory, according to The Jerusalem Post.

Twenty-two years later, Gutnick has told The Jerusalem Post exclusively that he has chosen his candidate to succeed Netanyahu whenever he leaves office: Justice Minister Ayelet Shaked.

Gutnick revealed that he has built a relationship with Shaked in recent years and wants to do all he can to make sure Shaked has what he needs to make it all happen. He chose Shaked because of her right-wing views, her leadership, her ability to unite Israelis as a secular Jew who respects religion, and because he believes the time has come for Israel to have its second female prime minister after Golda Meir, according to The Jerusalem Post.

To accomplish her goal, Gutnick has been advising Shaked secretly to leave Bayit Yehudi and join Likud.

He wrote her a week ago, telling her that the time had come to make the change.

“I am very happy to endorse her to be Bibi’s heir,” Gutnick said. “Only when Bibi leaves should she then lead the Likud. I fully endorse her as the next prime minister only after Bibi leaves.”

Gutnick has kept a close friendship with Netanyahu, who sent him a letter a few days ago thanking him for his enduring support and friendship. He said he hopes the prime minister won’t get caught up in the investigations swirling around him, but meanwhile Gutnick is taking steps to ensure Israel will continue to have right-wing leadership in the post-Netanyahu era, The Jerusalem Post reports.

One obstacle to Gutnick’s goal is the head of Shaked’s current party, Bayit Yehudi leader Naftali Bennett, who he said should stand aside and not “be selfish.”

“He should encourage Shaked for the sake of shleimut ha’aretz (maintaining all of the Land of Israel) and the Jewish world, because he has no chance to be prime minister, and he can be foreign minister,” Gutnick said.

Gutnick welcomed a new poll conducted by the Ma’ariv newspaper, which found that if elections were held now and Shaked headed Likud, she would win 33 seats, the same as Netanyahu would win, and would expand the Right bloc to 73 seats from its current 66.