Home Torah Jewish Features RAA/Igud Calls On Israeli Gov’t to Uphold the Unity of the Jewish... 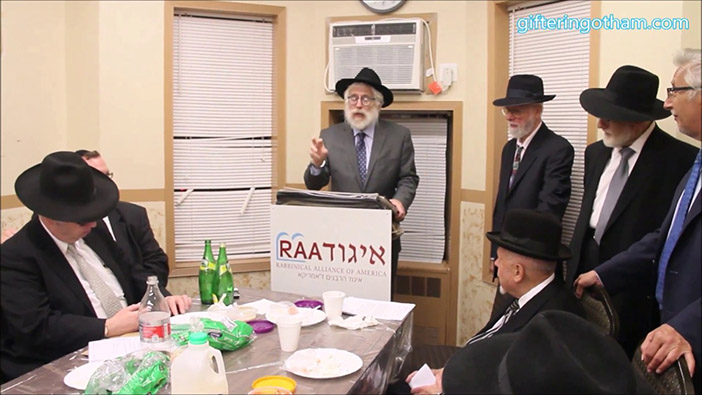 The Rabbinical Alliance of America — Igud HaRabbonim, with a membership of over 950 Orthodox rabbis — calls upon Prime Minister Benjamin Netanyahu to annul any plan to enable a mixed gender egalitarian section at the holy Kotel, the Western Wall.

The RAA once again reiterates its support of the Chief Rabbinate of Israel in its view that all religious services at the Kotel and its surrounding areas must be conducted exclusively in keeping with Jewish law and tradition. The Kotel unites all Jews. This plan threatens to divide us.

On behalf of the RAA, Rabbi Yehoshua S. Hecht, chairman of the RAA Presidium, congratulates Prime Minister Netanyahu for protecting the heritage and sacred traditions of the Kotel area by not accepting the introduction of foreign rituals at the Kotel. “We must not submit to those who attempt to disrupt the unity of the Jewish people – through threats and political coercion – by disrespecting the sacred Kotel traditions adhered to throughout the millennia,” says Hecht. It is the fervent prayer of the RAA that the Almighty bless the people of Israel and its Prime Minister together with all the Jewish people wherever they are found, in the merit of maintaining the sanctity of the Kotel, thereby strengthening the Jewish people throughout the world.

The Rabbinical Alliance of America, a national rabbinic organization founded in 1942, is a voice of authentic Torah Judaism in North America. RAA membership consists of pulpit rabbis, chaplains & Jewish educators serving throughout the United States, Canada and overseas.