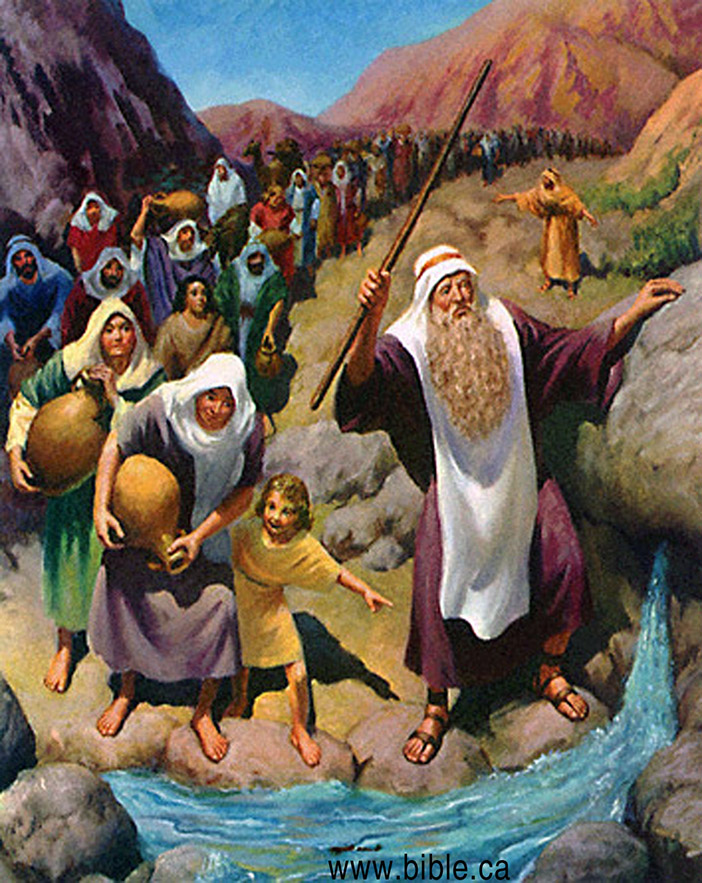 The Circle and the Line – Celebrating the 15th of Av

12 Blessings You May Not Know Exist

During the presidential run of 1992, candidate Bill Clinton published a book entitled Putting People First. He had it right. He just wasn’t the first one to write the book. This week we’ll explore how Moshe — very subtly — taught his nation that people, especially the children, come first.

The Jews were camped on the bank of the Jordan River, about to enter the land of Israel. Representatives of the tribes of Gad and Reuben approached Moshe with a very brazen request. Numbers 32:3-5: “We don’t want to enter Israel,” they exclaimed. “The land here is very suited for our cattle, and it would be quite beneficial if we were to remain here.” Moshe, recalling the calamity of the ten spies who dissuaded an entire nation from entering Israel, reacted in shock. “Do you remember what happened 40 years ago? Do you want to, once again, demoralize your brothers and sisters as did the spies? Do you remember that your parents and an entire generation perished in the dessert due to that sin?”

Moshe then recounted, in full detail, the misfortune of that fateful event. “And now,” he concluded, “you have risen in place of your fathers to rekindle the burning wrath of G-d?” The representatives, sat quietly through the denunciation and then spoke. “No, Moshe,” they exclaimed. “It was never our intent just to remain here. We’ll build stables for our livestock and homes for our children. Then we will join our brethren in the fight for Israel. Only after all is conquered will we return home and settle.” Moshe, obviously pacified by the quick and obviously well prepared response, reviewed the stipulations. “OK,” he countered, “you shall arm yourself for battle, cross the Jordan and fight with your brothers until Hashem drives out the enemy. Once the Land is conquered and settled, you can come back here and this land will be a heritage for you.”

After Moshe reiterated all the prerequisites involved in the deal, he warns them. “If you transgress your commitment you will bear a terrible sin before Hashem.” Then, in what is seemingly out of place he adds the following. “Build cities for your children and pens for your livestock, and thus you shall observe the words that left your mouth.” Two questions bother me: Why is Moshe adding his comments on the domestic portion of their request? Isn’t his only concern that the tribes should join their brothers in the conquest of the land of Israel?

Rashi notes that Moshe switches the order of the request. The tribes said they will “build stables for our livestock and homes for our children.” Moshe switches the order and tells them “build cities for your children and pens for your livestock.” Why is this followed by the words, “thus you shall observe the words that left your mouth.”? Didn’t he already warn them of the consequence of retraction?

Henry Hirsch, the president of the Welbilt Co., one of America’s leading oven and major appliance manufacturers, had another labor of love. He was the president of one of America’s premier Torah institutions, Yeshiva Torah Voda’ath. At a board meeting, at which many of the yeshiva’s prominent lay leaders were present, the school’s cook prepared a beautiful supper in honor of the eminent supporters.

As one of the students was serving the executives, Mr. Hirsch looked at the delicious meal. “Excuse me,” he asked the young scholar. “What are they serving you in the main dining hall?” The boy looked sheepishly at Mr. Hirsch and stammered, ” I think we’re having egg salad sandwiches.”

The renowned philanthropist turned to the executive board and the representatives of the Yeshiva administration. “We are all here for the sake of the Yeshiva boys, I think it is they who should be eating this chicken dinner. Let’s send it to them and we’ll have the egg salad instead.”

Moshe was pleased with the offer to fight. However, he noted a major problem in the honorable plans of the tribes of Gad and Reuben. They prefaced their commitment with a very suspect phrase. “We will build pens for our livestock and then we will build cities for our children.” Moshe listens, reviews their offer and is doubtful. People who put monetary values before humans tend to worry about finances before family. And people who put money first often change their position, when their holdings are at stake.

Thus Moshe reiterates their pledge with one major amendment. He says to them, “build cities for your children and then pens for your livestock; thus you shall keep the word that left your mouth.” If the children come first, then he will trust them. He knows and believes their values are in order and they will uphold their pledge. A major provision in the deal was not only a military commitment, but a philosophy that will guide the Jews for centuries. Put the people first!