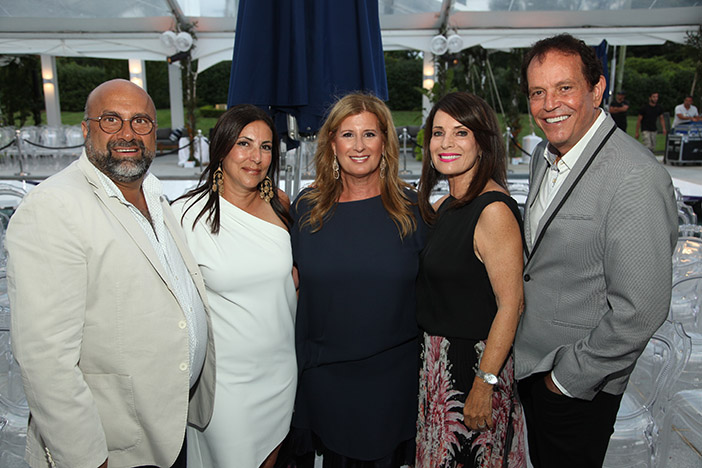 The Deal community will honor the Israel Cancer Research Fund (ICRF) at an “Evening of Inspiration” on Thursday, July 19, made possible through the generosity of hosts Debbie and Asher Zamir, in memory of Sarah Massry, Sharon Betesh, and Isaac Zamir.

Special highlights of the benefit will include inspirational speaker Sam Fields, a former professional hockey player and 15-year cancer survivor, thanks to Gleevec, a drug developed based on the research of ICRF-funded scientists. Brooklyn-born fashion designer Rosie Assoulin will show her latest collection at a fashion show featuring models from the community.

The Israel Cancer Research Fund (ICRF) was founded in 1977 by a group of American and Canadian physicians, scientists and lay leaders who sought to prevent the permanent loss of Israel’s most promising cancer researchers to foreign universities due to the lack of funding in Israel for Ph.D.s, post-doctoral fellows and accomplished young scientists. Since its founding, the organization has awarded v more than 2,200 grants to Israeli cancer researchers via fellowships, project grants, career development awards and professorships. With the grants for 2017/2018, ICRF’s funding has now surpassed the $60 million mark!

ICRF grants are selected after an intensive peer review by a distinguished Scientific Review Panel (SRP) composed of leading physicians and scientists from the U.S. and Canada. Modeled after the National Institute of Health’s (NIH) Review process, the SRP bases its selection criteria on the scientific merit of the project, the demonstrated ability of the investigators and the suitability of the institutions in which they work. The efforts of Israeli cancer researchers have contributed to some of the most significant cancer breakthroughs of recent years and have resulted in collaborations with major international cancer organizations, including City of Hope and the Cancer Research Institute.

“Research has never been more exciting or promising and that is particularly true in Israel,” noted Dr. Mark Israel, National Executive Director of ICRF. “Israeli science knows no bounds. ICRF provides a singular opportunity to help build more recognition and support for the world-class cancer research of Israeli scientists, and to arm and empower its finest practitioners with the resources necessary to change the world.”

“Through expanded funding,” said Ken Gabel, ICRF New York Director of Development, “ we can continue to support the vital research that is needed to treat and ultimately cure cancer, while playing a critical role in helping to keep Israel’s finest scientific talent in Israel. The generous support of the Deal community helps ICRF-funded scientists to find more cures and treatments for cancer, for the benefit of all human kind.”