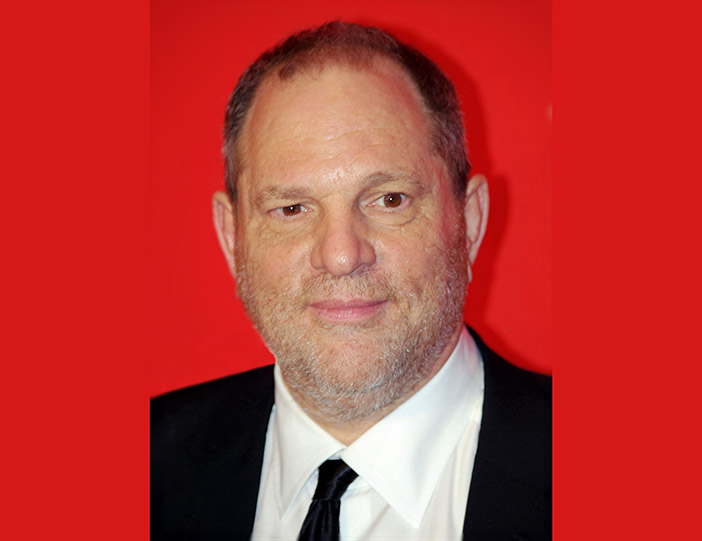 Additional sex crimes were charged against Harvey Weinstein on Monday related ​to a new, third accuser​ that could send him to prison for life, according to The New York Post.

Manhattan District Attorney Cy Vance ​Jr. got new indictments against the credibly accused producer for two counts of predatory sexual assault and one count of criminal sexual act in the first degree for a forcible sexual act against the unnamed woman ​in ​2006.​ The woman testified before a grand jury last Friday, The New York Post reports.

Weinstein could spend the rest of his life in prison because he faces ​top ​predatory sex act charges, according to the district attorney. He already faced the possibility of 25 years on felony charges of rape and a criminal sex act, to which he’s pleaded not guilty, according to The New York Post.

The charges come from allegations that Weinstein forced a woman named ​Lucia Evans to perform oral sex on him in 2004. He was also accused of raping a second woman at a DoubleTree hotel in Manhattan in 2013.

The Jewish Voice previously reported that a former Manhattan prosecutor who’s now a high-profile defense lawyer embroiled in the Harvey Weinstein scandal kept and used his law-enforcement badge after joining the private sector. The point in using his badge was to impress women.

Alex Spiro, who left the Manhattan District Attorney’s Office in July 2013 according to the New York Post, flashed his badge the following year while attending a legal conference in Miami. Sources speaking to The Post said Spiro bragged that he was head of the DA’s “homicide bureau.”

There is no such bureau in the DA’s Office, and one of the women — who knew that fact — called his bluff, sources said.

Someone aware of the encounter informed the DA’s Office, and emails obtained by The Post show that Spiro was called on the carpet a short time later by Administrative Assistant District Attorney Bonnie Sard, who helps District Attorney Cyrus Vance Jr. oversee internal operations.

Hollywood mogul and prolific film producer Harvey Weinstein was indicted Wednesday on first- and third-degree rape and criminal sex act charges, furthering the first criminal case to arise from a slate of sexual misconduct allegations against the former head of Miramax Studios.

In addition to his mounting legal woes, Weinstein has suffered a significant $1.4 million loss with the sale for $10 million of an Amagansett, N.Y. estate he and his wife, Georgina Chapman (the couple are currently in the midst of divorce proceedings), purchased in June 2014 for $11.4 million. According to a January 25 report in Variety, the couple purchased the home from Roy Furman, the Tony-winning producer of Broadway such as “Spamalot” and “The Book of Mormon.”