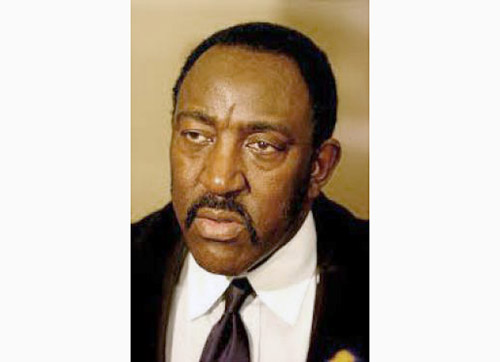 Since returning from his stint in prison in 2011, Democratic Party boss Clarence Norman has slowly re-inserted himself into the ballgame with his rising influence. Starting with Ken Thompson’s successful 2013 effort to topple his nemesis, District Attorney Joe Hynes, Norman has played a key role in local elections, The Indypendent reports. This past May, Norman effectively chose the Brooklyn party’s candidate for surrogate court judge on this fall’s ballot, The Indypendent adds.

He’s retired, out of politics,” says Brooklyn district leader Geoffrey Davis about Norman. But then again, Davis adds, “Does anyone ever really retire?”

Judge selection may not sound like a consequential move, but backing candidates is one of the party organization’s main functions, The Indypendent explains.

Norman went to prison for campaign violations, including extortion in civil court judge campaigns. His return brings important questions about the future of Brooklyn’s Democratic Party. His presence is especially relevant now because The Indypendent reports that many insiders predict that Norman, via his ties to the ascendant Hakeem Jeffries wing of the party, will exert plenty of influence when it comes to choosing the successor for the current party boss.

When Norman led the party, several Brooklyn judges he helped elect got into trouble. One Kings County Supreme Court judge accepted cash, cigars and rum in exchange for favorable divorce proceedings. The Indypendent adds that another was caught taking $18,000 in unmarked bills in court. One of Norman’s surrogate court judges, Michael Feinberg, steered millions in excessive legal fees to a longtime colleague, according to The Indypendent. After Feinberg was forced out, his replacement was current party boss Frank Seddio, who resigned two years later amid allegations that he funneled campaign money to his inner circle.

In 2003, Hynes started looking into Norman formally for allegedly “selling judgeships.” The editorial boards and Mayor Bloomberg cheered Hynes’ crusade, despite insiders thinking there was political motivation, especially because the two used to have a working relationship. The district attorney, these insiders believed, was motivated mainly by his anger at Norman, feeling that the party boss didn’t work hard enough to end Sandra Roper’s upstart 2001 campaign.

Late in his ill-fated attempt to fend off Ken Thompson’s 2013 bid to unseat him, Hynes began warning of Norman’s role in helping Thompson’s campaign, the Indypendent reports.