Amar’e Stoudemire May Play Basketball in Israel This Season 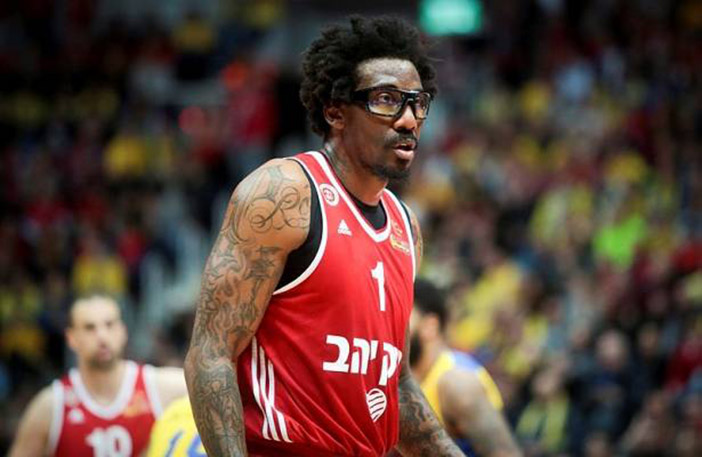 Former National Basketball League All-Star and New York Knick Amar’e Stoudemire will come back to the Israeli Hapoel Jerusalem basketball team if he can’t find his way onto an N.B.A squad this coming season, the Jewish Telegraphic Agency reports.

Hapoel Jerusalem made the announcement last Sunday and said that Stoudemire’s return would happen only if he couldn’t find a spot on a professional squad in the N.B.A.

Stoudemire played for the New York Knicks and Phoenix Suns among other teams in a 16-year NBA career that at times had Stoudemire in the top tier of players and on Suns teams that were almost always very competitive, back with Canadian point guard Steve Nash.

Stoudemire once played for the team for a year and left in September 2017 because he wanted to play in the N.B.A again. Israeli media reported at the time that he had a rocky relationship with the Hapoel Jerusalem coach and his son was barred from playing on a local team because he is not an Israeli citizen.

Stoudemire is a partial owner of Hapoel, which he had to suspend in order to play, The Forward reports.

During the 2016-2017 season, the team with his help won Israeli championships and reached the semifinals of the EuroCup tournament, according to JTA.

Stoudemire identifies with the Hebrew Israelites as an African-American who sees a connection between himself and to the biblical Israelites. Don’t give him chametz during Passover either because he observes Jewish holidays. He told HBO sports reporter Jon Frankel at an event at Harvard University in April that he is “in the process” of converting.

In February, Stoudemire, 35, launched a line of Israeli wines, according to JTA.

“I had to have a glass of wine after every bite of matzah,” during Passover, he joked with Frankel.

Stoudemire recently launched Stat Academy, which helps people from all over the world learn about the Lost Tribes of Israel.

“The balls are lighter, a little smaller. But the level of skill was pretty impressive,” he said.

His first trip to Israel, six years before, was for study.

“I did feel as if I was coming home,” he said in answer to Frankel’s question. “It was very eye opening.”

Stoudemire said he has applied for Israeli citizenship and is in the process of converting to Judaism. Despite not returning to Hapoel for a second season, he again has a part ownership of the team, JTA reports.

Stoudemire’s talk was “the cherry on top of a great day,” said Daniel Egel-Weiss, a student at Harvard Law School. Hearing Stoudemire speak about his Jewish cultural awakening was fascinating, he said, but the whole day was interesting.

“It’s great to have an ambassador [for Israel] in social circles,” Egel-Weiss said.