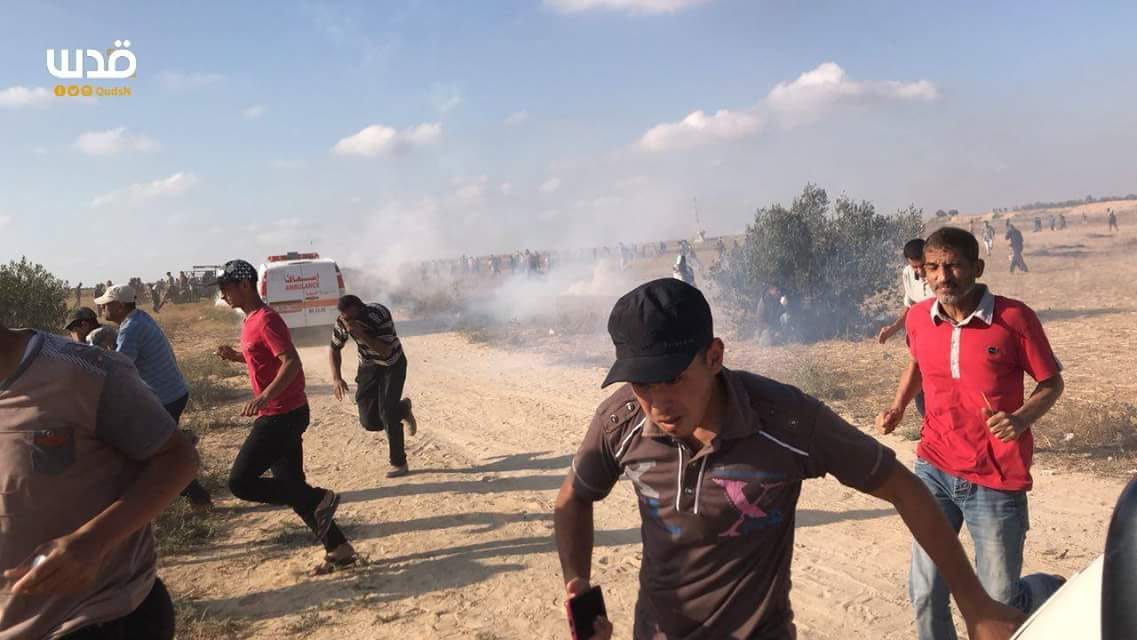 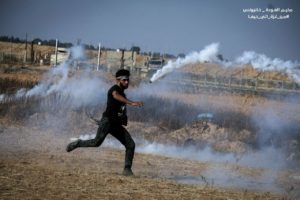 Thousands of rioters gathered in five locations along the Gaza security fence on Friday afternoon. The rioters burned tires next to the security fence and attempted to damage security infrastructure, according to an INN report.
The IDF said its troops responded with riot dispersal means and operated in accordance with the rules of engagement.
During the violent riots, an IDF vehicle was fired upon and a suspect was identified crossing the security fence in northern Gaza and planting a grenade which exploded as he returned to the Strip.
No IDF injuries were reported.
“The IDF is prepared to continue operating against attempts to attack and damage security infrastructure,” said the IDF Spokesperson’s Unit in a statement.
Arabs have hurled rocks, firebombs, and flaming tires at Israeli soldiers securing the border and have used makeshift “terror kites” to drop explosives on Israeli positions during the violent riots, dubbed “the March of the Return”, which began on March 30.
The riots have been openly encouraged by Hamas as well as by PA chairman Mahmoud Abbas.
One hundred Palestinians were said to be injured — forty of them from live fire — among the some thousand participants, in what was nevertheless a greatly muted Friday demonstration compared with those of recent months.
The organizers of the riots have announced that they will intensify them on Tuesday to mark the anniversary of the Arab defeat in the Six Day War in early June of 1967.
The top of the month also marked the third Friday of the holy month of Ramadan, during which observant Muslims fast from dusk to dawn.
Around 200,000 Palestinians attended the Friday afternoon prayers at the holy Al-Aqsa Mosque on the Temple Mount in Jerusalem, Israeli police foreign press spokesman said, adding that “120,000 of them made their way through security crossings into Jerusalem and to the old city area.”

Also on Friday, MK Bezalel Smotrich (Jewish Home) called to “bring Hamas to its knees” in order to force it to release Israeli MIAs Lt. Hadar Goldin and Staff Sergeant Oron Shaul, who have been held by Hamas since 2014. Both soldiers are presumed to be dead.
Smotrich spoke at an annual event on the Gaza border, in the presence of the family of Lt. Goldin.
“In the course of the last few days,” said Smotrich, “we have gotten more than 50 MKs to sign a petition to the Prime Minister demanding that any humanitarian arrangement in Gaza include the return of our boys first.”
“There is no greater interest for the State of Israel than the return of our boys,” he stated. “We will not agree to improve the humanitarian conditions in Gaza before that. We have an interest in having parents in Israel know that they send the boys to battle and we work to bring them back.”
Toughness on this issue is also needed “so that people in Gaza understand that we have red lines,” he added. “The right path of action is to make Hamas prisoners’ conditions more difficult,” explained MK Smotrich, “so that they do not receive one millimeter beyond [what] international law [prescribes]. Beyond the bare minimum, do not allow anything into Gaza. Bring them to their knees, that is our security interest.” (INN)