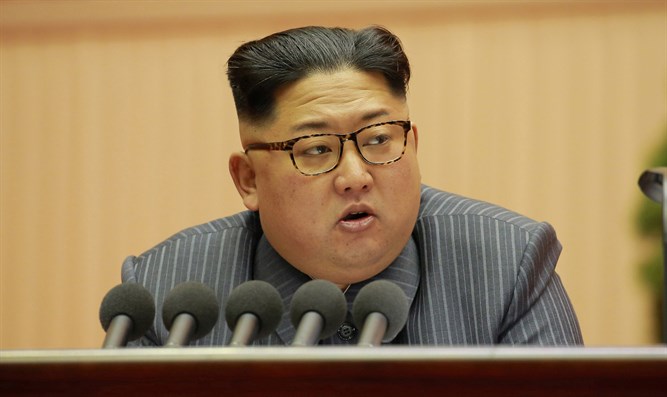 North Korean leader Kim Jong Un landed in Singapore on Sunday ahead of a historic summit with President Donald Trump, as was reported by Reuters.

Following his longest trip overseas as head of North Korea, Kim arrived at Singapore’s Changi Airport, where he was greeted by Singapore’s foreign minister, Vivian Balakrishnan.

The upcoming meeting between Trump and Kim marks the first time leaders of the US and North Korea will have met.

Speaking about the highly-anticipated meeting with Kim at the G7 summit on Saturday, Trump emphasized that the goal was North Korean denuclearization, and said that the meeting was a “one-time shot” for Kim.

“We really think that North Korea will be a tremendous place in a very short period of time,” Trump said.

“They’re really working very well with us. So I say so far, so good. We’re gonna have to see what happens…

“Kim Jong Un has got an opportunity the likes of which I think almost – if you look into history, very few people have ever had. He can take that nation, with those great people, and truly make it great.”

While Trump said he was “confident” and “positive” about the meeting, he also admitted that there’s “a good chance it won’t work out.”

“I think within the first minute, I’ll know.”

In a related development, former NBA Star Dennis Rodman announced that he is traveling to Singapore to “give support” to Trump and Kim Jong Un during their upcoming summit.

“Thanks to my loyal sponsors from @potcoin and my team at @princemarketinggroup , I will be flying to Singapore for the historical Summit. I’ll give whatever support is needed to my friends, President Trump and Marshall Kim Jong Un,” he tweeted in Friday.

On Thursday, the White House denied suggestions that Rodman would play any part in the negotiations.

Trump is the best,” White House spokesman Hogan Gidley told Fox News, adding that he expected Mr Trump and Kim to have “an amazing conversation without Dennis Rodman in tow.”

Rodman has visited Kim Jong Un in North Korea on multiple occasions. He was also a competitor on Trump’s “Celebrity Apprentice” in 2013, but was fired in the sixth episode. (INN)