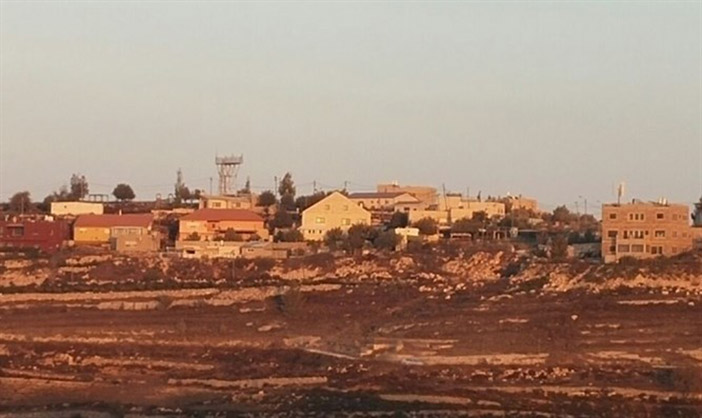 Deputy Jerusalem Mayor Dov Kalmanovich, city council member Aryeh King and a member of their faction, Yehonatan Yosef, on Thursday arrived for a solidarity visit with the residents of the Netiv Ha’avot neighborhood of Gush Etzion who were evicted from their homes this week.

The three saw the ruins of the nine homes that were demolished, saw the temporary trailer area of the evacuees and concluded the visit on the land on which the permanent homes for those evicted are to be built. The tour was led by Udi Regons, a resident of Netiv Ha’avot whose home was demolished.

“We have to build now and do it quickly. I drew strength from the determination of the evacuees to increase construction in Judea and Samaria and in Jerusalem. Construction and settlement in Jerusalem and in the region will be our top priority and will be among the conditions that will be placed before the next Mayor of Jerusalem should he desire our support. The challenge facing us in light of the destruction of Netiv Ha’avot requires us to urgently build and renew the massive construction and expand Jerusalem on all sides,” said Kalmanovich.

King added, “We came here as a gesture of support and solidarity with innocent people who were harmed by nothing but pure evil. We are encouraged by the fact that their spirit has not been broken. I am amazed by how easily Jewish homes are demolished versus the inaction of the authorities against the illegal construction of the Arabs on the lands of Jerusalem.”

News of the evictions at Netiv Ha’avot has prompted American Jewish organizations to weigh in with their response. In a statement that was e-mailed to the media, the Rabbinical Alliance of America-Igud HaRabbonim (an organization with a membership of 950 Orthodox rabbis) stated that it “mourns the forced evacuation and demolition of the Netiv Ha’Avot neighborhood in Israel. The matriarch Rachel cried when her descendants were led off to Babylonian exile. The RAA/IGUD joins our mother Rachel in crying over the displacement of the residents of Netiv Ha’Avot.”

They added that: “Jewish settlement of Israel is a Mitzvah, and the abandonment of unsettled land is the neglect of a Mitzvah and the rejection of a gift from the Creator. The RAA/IGUD stands with those who are dedicated to reviving and building Jewish communities throughout the land of Israel. No place in Israel should be forbidden to Jews, no neighborhood segregated to prevent Jews from living there.”

Rabbi Yehoshua S. Hecht, Presidium Chairman of the RAA declared, “We celebrate these Jewish residents as champions of Jewish rights against disgraceful court judgments that are based on political sympathies rather than the rule of law. Furthermore, the court’s decision to dispossess these families is based upon unsubstantiated documentation and verifications, something that would never stand up in a non-partisan court of law.”

He added: “We pray for the restoration of Netiv Ha’Avot and the Jewish development of empty land throughout the biblical land of Israel. The Rabbinical Alliance of America continues to pray for the peace of all who desire peace and for all who work to bring understanding and truth to a world so conflicted and splintered. May the One who makes peace in His heavens make peace upon us and upon all Israel, Amen.”