Schultz is Leaving Starbucks, Will he Challenge Trump in 2020? 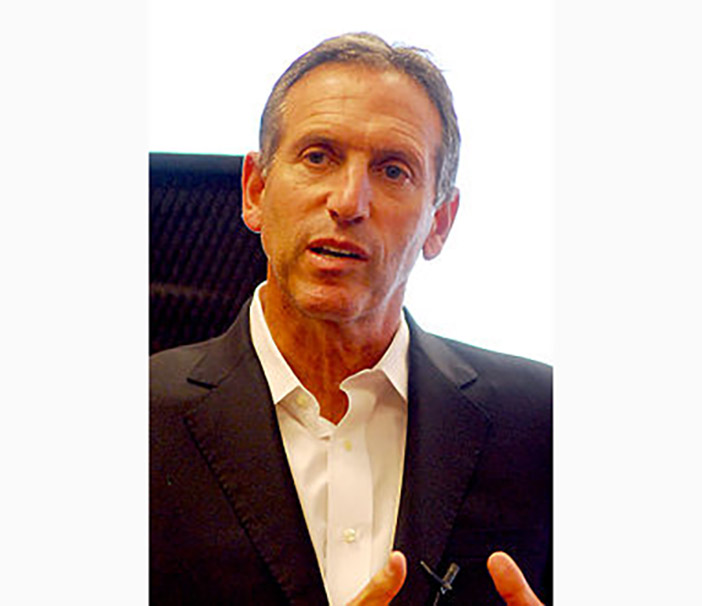 Howard Schultz, the Executive Chairman of Starbucks is leaving the company at the end of the month, according to the NY Times. This big move is creating great that he is considering a run for president in 2020.

He is frequently mentioned as a potential candidate for the Democratic Party and has become increasingly vocal on political issues, including criticizing President Trump last year as “a president that is creating episodic chaos every day”, the Times reported.

Previously Schultz has shied away from even considering political ambitions when repeatedly asked by reporters. Today his response is quite different. The Times reported him as saying “I want to be truthful with you without creating more speculative headlines, for some time now, I have been deeply concerned about our country — the growing division at home and our standing in the world.”

“One of the things I want to do in my next chapter is to figure out if there is a role I can play in giving back,” he continued. “I’m not exactly sure what that means yet.” When he was asked directly by a Times reported about considering a run for president he said “I intend to think about a range of options, and that could include public service. But I’m a long way from making any decisions about the future.”

Howard Schultz was born in Brooklyn, NY from an American Jewish family. He went to Canarsie High School, from which he graduated in 1971. Schultz was awarded an athletic scholarship to Northern Michigan University – the first person in his family to go to college. A member of the Theta-Iota chapter of Tau Kappa Epsilon, Schultz received his bachelor’s degree in speech communication in 1975. He joined Starbucks in 1982 as a Director of Marketing after working as General Manager for Swedish drip coffee maker manufacturer, Hammarplast. In addition to being the CEO and Executive Chairman of the coffee shop giant he also owned the Seattle Supersonics NBA team and the Seattle Storm WNBA team, using his sports background to his advantage. His net worth is over $2 billion.

Schultz has received all kinds of accolades for his business expertise and his philanthropic efforts throughout his career. Fortune magazine’s “2011 Businessperson of the Year” , the “National Leadership Award” for philanthropic and educational efforts to battle AIDS in 1999 , NAACP Legal Defense and Educational Fund ‘s National Equal Justice Award in 2017, are a few of his recognitions and awards.

Schultz is known for his progressive ideals, and his ideals influenced the way he ran Starbucks . The company announced two weeks ago that it would let customers and non-customers alike use it restrooms following the incident in Philadelphia, and it was soon criticized by some as putting its store managers in increasingly complex and difficult situations that they may not be properly trained to handle, the NY Times reported.

Some critics think Starbucks is a little too “politically correct”, including President Trump. Trump bashed the company for no longer selling Christmas-themed cups. “Maybe we should boycott Starbucks?” Mr. Trump said on the campaign trail in 2016. Will it all come full circle in 2020? We will wait and see.