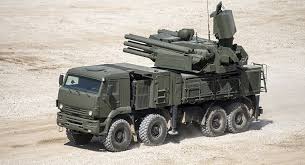 Increased military action has been observed in the Middle East.

The Syrian military moved extra air defense near the border with Israel as Iran’s presence in Syria makes the entire region more tense, a commander in the pro-regime coalition told the Reuters news agency Tuesday.

The deployment was announced days after the Israel Defense Forces launched a surprise exercise on the Israeli Golan Heights, according to the Times of Israel. The IDF will also have to keep a look out for more anti-aircraft weapons that the Reuters source expects Syrian dictator Bashar Assad’s forces will deploy soon in the area.

According to the Reuters report, the air defense reinforcement included the deployment of a Russian-made Pantsir S-1 system, also known as a SA-22. One of those systems was destroyed last month by the IDF after Iran launched 32 rockets at Israeli military positions.