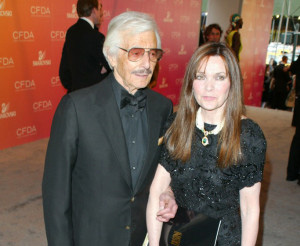 High drama in the fashion industry over big money continues, but it’s personal. The widow of fashion icon Oleg Cassini will spend time in jail as she tries fighting for her late husband’s $55 million she believes is hers.

The Real Deal reports that authorities picked up Marianne Nestor on May 3 as she headed to the opera in Manhattan. Nassau Judge Margaret Reilly ordered the arrest from contempt of court charges for dodging requests to turn over business records and documents that she ignored court requests to hand over business records and other documents. Nestor controlled all of her now-deceased husband’s businesses until 2015 when she and her sister, Peggy, were accused of mismanagement and a receiver stepped in.

“Marianne has engaged in a pattern of obstructionist conduct the likes of which are rarely, if ever, seen in Surrogate’s Court,” wrote attorney Robert Harper in a legal filing on behalf of the estates of Christina and Daria. Handing over documents could be enough for Nestor to not have to spend time behind bars. The attorney suggests this idea isn’t possible, alleging Nestor ordered the papers in question to be destroyed after her arrest.

The New York Post reports that the Nassau County Public Administrator wants to force the sale of one of her Manhattan mansions to pay multiple judgments against her attempts at inheritance. One judgment includes a nearly $51 million charge for her improper behavior as administrator of her husband’s affairs.

She hasn’t given up her grip on the companies. “Nestor Cassini continues to use the companies to grab as much money for herself as she can,” receiver Rosalia Baiamonte wrote in a 2017 Nassau Surrogate Court filing.

Nestor’s late fashion designer husband was born in Paris in 1913 as the Great War was about to heat up. He once designed clothes for First Lady Jackie Kennedy in what was an illustrious and lucrative career. He was the man behind the “Jackie Look.” Getting his start as a fashion designer in Hollywood, he gained invaluable experience and contacts, but after the bombing of Pearl Harbor, he felt the need to enlist in the war. From there, he moved on to New York, the White House, and beyond. What will happen with his remaining estate is still to be determined, but his now-widowed wife is not going down without a fight.

The New York Post found public records showing Oleg Cassini Inc. is based in a Long Island manse at 313 McCouns Lane in Oyster Bay. Harper’s legal filing said that despite this fact, Nestor said the property was her own primary residence and she therefore would not have to hand over her keys to the court’s receiver. The New York Post explains that a primary residence usually can’t be sold in order to satisfy debts and judgements.

She also said that 135 East 19th St. was her “primary residence” to stop foreclosure after she used the home as collateral for a loan she failed to repay, according to court papers filed last year in Manhattan Supreme Court.