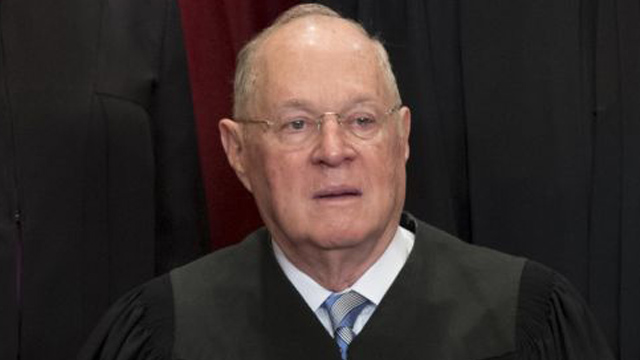 Supreme Court Justice Anthony Kennedy, the longest serving member of the current Supreme Court bench, announced his retirement on Tuesday. After already confirming one conservative justice to the court during President Donald Trump’s tenure, the right wing now has a chance to essentially lock down the highest court in the land for at least a generation.

Kennedy, generally considered a conservative, has been the closest the court has come to having a justice whose opinions wouldn’t be so easily anticipated. In some landmark cases, he often acted as the swing vote. While the Reagan-era justice has plenty of conservative credentials, Kennedy sometimes disappointed conservatives when he swung to the left.

In his letter to the president, Justice Kennedy expressed “profound gratitude” for having served in the highest court.

Justice Kennedy, 81, will retire on 31 July, according to his letter. The second-oldest current Supreme Court justice said he wants to spend more time with his family, BBC News reports. “It has been the greatest honour and privilege to serve our nation in the federal judiciary for 43 years, 30 of those years on the Supreme Court,” Justice Kennedy wrote.

Trump is expected to nominate someone from the same Heritage Foundation list of justices, also backed by the Federalist Society. From this list, he picked now-Supreme Court Justice Neil Gorsuch. McConnell made the nomination possible by refusing to hold any hearings on then-President Barack Obama’s nominee, Merrick Garland, in what was an unprecedented move. The seat for which Garland was nominated was left vacant by conservative stalwart, Justice Antonin Scalia, who died of a heart attack. There’s no doubt that conservatives won’t get a Supreme Court that will rule in their favor on almost every issue for decades to come now that they’ll have a conservative justice replacing Kennedy who will go along with Gorsuch. Chief Justice John Roberts sometimes swings to the left, but even if that were to happen, the other justices would more than likely rule on party lines, still leaving conservatives with judicial victories.

Democrats have their hands tied. Under Mitch McConnell’s take-no-prisoners leadership approach, there’s almost no chance that he would miss the opportunity to confirm a Trump-backed justice before the Democrats potentially take control of the Senate next year. Even if the Democrats manage to do well enough in the election this fall, Trump and the Republicans in the Senate would have time in the lame duck session to advise, consent, and confirm. Republicans only need 50 votes to confirm a justice, after McConnell made rule changes to allow Gorsuch to be confirmed without cloture. Republicans have enough Senators to accomplish a majority without Democratic support. Although a 51-vote majority is needed, the vice president is the Senate president and breaks voting ties. Vice President Mike Pence would break a 50-50 deadlock by voting to confirm the justice.

File this as yet another entry in the “elections have consequences” scrapbook.

If Hillary Clinton won in 2016, Democrats could have had 6-3 liberal Supreme Court majority and even more possible court openings to come.

Reagan called Kennedy a “true conservative,” but he was generally regarded as a consensus pick after the failed Bork and Ginsburg nominations, according to SCOTUSblog.

Over the next three decades, conservatives were indeed often disappointed with Kennedy and his votes on a variety of issues, particularly social ones, like abortions, according to SCOTUSblog.