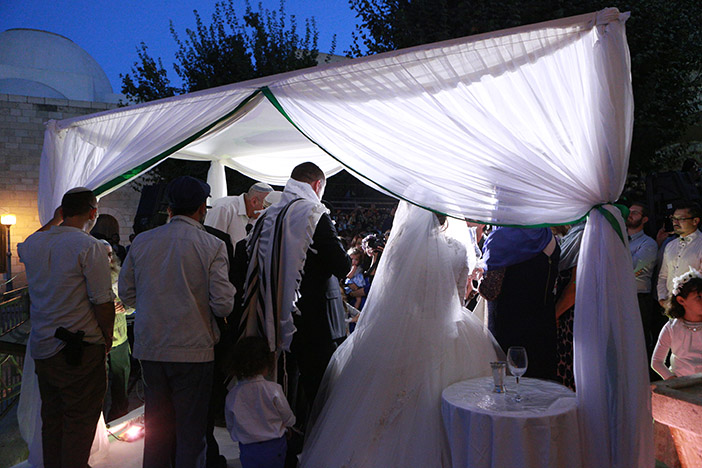 Hashgacha Pratit, a Jerusalem-based private rabbinic organization, announced Tuesday that the group would offer halachic (Jewish law) weddings to Israeli couples that are either ineligible or who choose not to register their marriages via the chief rabbinate.

The decision is the latest in a string of decisions by Orthodox groups to challenge the haredi-dominated rabbinate on two central issues of religion and state – kosher food oversight, and now marriage. Earlier this year, the better-known Tzohar organization launched a private oversight certificate, taking care to abide by the High Court of Justice’s ruling that the word “kosher” can only be used by the chief rabbinate. Hashgacha Pratit, which had maintained a non-rabbinate oversight apparatus in Jerusalem for several years prior to Tzohar’s launch, folded immediately into the new group.

With regard to marriage, Tzohar, headed by Shoham Municipal Rabbi David Stav, also offers “user friendly” services to non-observant Israelis, and increasingly to national religious couples, who feel alienated by the chief rabbinate. Yonatan Peleg, a spokesman for Hashgacha Pratit, said the new body will not challenge Tzohar’s market but rather enters the playing field to compliment the offerings available.

“I have nothing but praise for Tzohar and their marriage department,” Peleg told TPS in a phone interview. “But they are providing marriage preparation services and conducting weddings inside the Rabbinate framework. We are offering halachic weddings, with Orthodox rabbis and traditional wedding preparations to couples who meet all the halachic criteria to have a Jewish wedding but are either ineligible or unwilling to get married via the Rabbinate.”

In a statement announcing the new body, Hashgacha Pratit said it would take care to observe both Jewish religious law (halacha) and Israeli civil law, which grants a monopoly on Jewish marriage to the chief rabbinate and provides criminal penalties for breaking the law.

At the same time, however, Yonatan Peleg said there is a large number of Israelis who are halachically Jewish but prevented from getting married via the rabbinate. Peleg added that this number is likely to grow even further in the coming years as growing numbers of Israelis vote with their feet to avoid the rabbinate.

“In the past two years, the number of couples getting married via the rabbinate has fallen by eight percent,” he said. “That’s not a statistical blip.”

“We have been witness to the growing, hurtful discrimination on the part of the rabbinic establishment with respect to new immigrants, converts, women and secular Israelis. This has nothing to do with Jewish law, and the time has come to present people with an alternative to obtain an halachic marriage,” Leibovitch said.