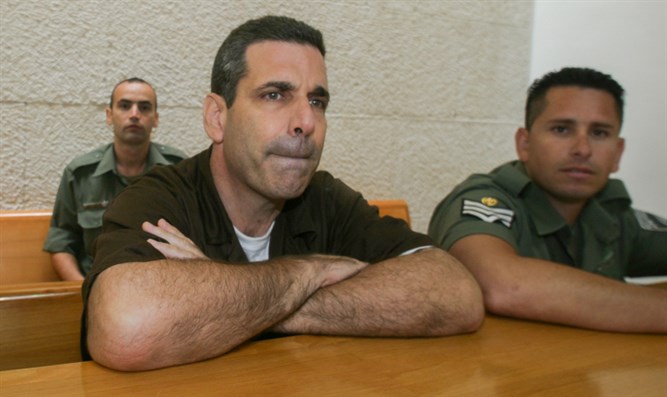 Former Minister of Energy and Infrastructure and MK Gonen Segev was arrested last month by the Israel Security Agency and indicted on charges of aiding the enemy in time of war and espionage against the State of Israel, the Shin Bet revealed Monday, TPS reported.

Segev however claims he was trying to help Israel and wanted to be a hero.

Segev was extradited to Israel in May from Equatorial Guinea after the central African country refused to let him in due to his criminal past: The former pediatrician and member of the now defunct Tzomet Party during the 1990s, served a five year prison sentence after being convicted in 2004 of attempting to smuggle thousands of ecstacy tablets into Israel, according to TPS.

Upon landing in Israel Segev was arrested by the Shin Bet and Israel Police on suspicion that he had been in touch with Iranian intelligence agents.

The Shin Bet said its investigation revealed that Segev had been recruited by Iranian intelligence which had contacted him via the Iranian embassy in Nigeria. In 2016, Segev filed a request to have his Israeli medical license reinstated in order to be able to return to Israel. His attorney, Yoram Pomerantz, told Army Radio at the time that Segev had been working as a doctor in Nigeria.

Segev reportedly even travelled to Iran to meet with his handlers and, according to the statement, also met with them in safe houses and hotels at unspecified locations where he received encryption equipment to communicate with the Iranian agents.

According to the statement, Segev tried to fool Israelis with connections to fields of interest to the Iranians into meeting with intelligence agents whom he presented as businessmen. All further details pertaining to the case have been placed under gag order.

The investigation also revealed that Segev gave his operators information related to the energy market, security sites in Israel, buildings and officials in Israeli political and security bodies, and more, INN reported

Segev’s lawyers, Eli Zohar and Moshe Mazor, said in response that “Gonen Segev did come to Israel a month ago, and at this preliminary stage it is possible to say that the publicity that was permitted makes things even worse, even though the indictment from which many details remain confidential shows a different picture.”