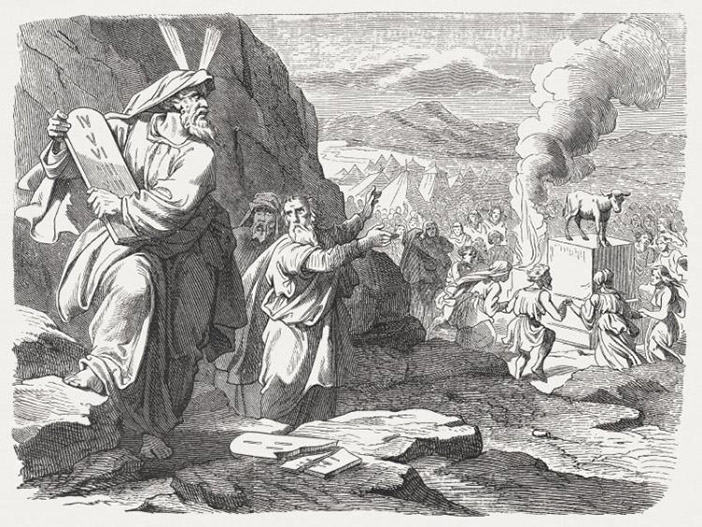 The 17th day in the Jewish month of Tammuz, Jews the world over fast and lament to commemorate the many calamities that have befallen our people on this ominous day.

The purpose of such fasts in the Jewish calendar is, according to Rabbi Eliyahu Kitov’s Book of Our Heritage, “to awaken hearts towards repentance through recalling our forefathers’ misdeeds; misdeeds which led to calamities…”

A HISTORIC DAY OF CALAMITY

Going all the way back to Biblical times, Moses descended Mount Sinai on this day and, upon seeing the Golden Calf broke the first set of Tablets carrying the Ten Commandments (Shemot 32:19, Mishna Taanit 28b).

In the First Temple Era: The priests in the First Temple stopped offering the daily sacrifice on this day (Taanit 28b) due to the shortage of sheep during the siege and the next year 3184 (586 BCE), the walls of Jerusalem were breached after many months of siege by Nebuchadnezzar and his Babylonian forces.

In Melachim II 21:7 we find that King Menashe, one of the worst of the Jewish kings, had an idol placed in the Holy Sanctuary of the Temple, according to tradition on this date. The Talmud, in Masechet Taanit 28b, says that in the time of the Roman persecution, Apostomos, captain of the occupation forces, did the same, and publicly burned the Torah – both acts considered open blasphemy and desecration. These were followed by Titus and Rome breaching the walls of Jerusalem in 3760 (70 CE) and Pope Gregory IX ordering the confiscation of all manuscripts of the Talmud in 4999 (1239).

Other interesting occurrences on this day include Noach sending out the first dove to see if the Flood waters had receded, (Bereishit 8:8) in 1650 (2100 BCE); Moshe Rabbeinu destroying the golden calf, (Shemot 32:20, Seder Olam 6, Taanit 30b – Rashi) and then ascending back up Har Sinai for the second time where he spent the next forty days pleading for forgiveness for the sin of the golden calf, (Shemot 33:11, Rashi).

The Fast of the Fourth Month

The Mishna in Ta’anit 4:8 associates the 17th of Tammuz as the “Fast of the Fourth Month” mentioned by the prophet Zechariah. According to this Mishna, the 17th of Tammuz will be transformed in the messianic era in a day that”shall be joy to the House of Judah” full of “gladness and cheerful feasts”.

The fast of the 17th of Tammuz is observed from the break of dawn until night (as defined by halacha), one of four Jewish fasts to be observed in this manner – 3 Tishrei, 10 Tevet, 13 Adar and 17 of Tammuz.

Expecting or nursing mothers and those who are ill are expected to observe the fast but with lenience, refraining from meat, luxurious food and hard liquor.

Minors that are old enough to understand, though exempt from fasting, should also be fed only simple foods as a manner of education.

Unlike the two Jewish fast days Yom Kippur and Tisha B’Av, washing and wearing leather are permitted on this day.

Special prayers (vayechal and anenu) are added to the morning and afternoon prayers. Ashkenazim add the latter only in the afternoon service (mincha).

This day is the beginning of the Three Weeks, an annual period of mourning over the destruction of the first and second Temples in Jerusalem.