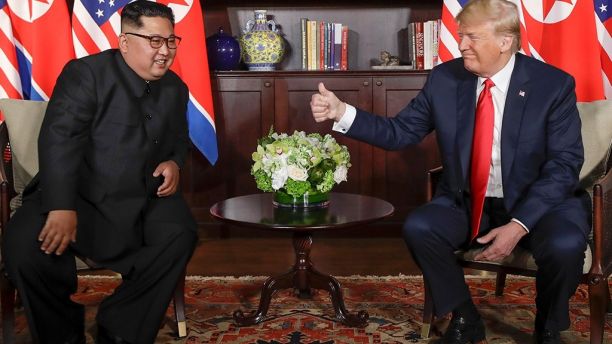 Today is an historic day as the NK summit was a success and the first huge step towards peace in that region. 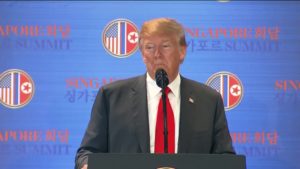 President Trump, on the heels of his historic summit with Kim Jong Un, told Fox News’ Sean Hannity that he believes the North Korean leader will begin to work toward dismantling his country’s nuclear program “virtually immediately.”

The president left Singapore after the two leaders signed a document stating Pyongyang would work toward “complete denuclearization of the Korean Peninsula.”

In an interview with Fox News, Trump said the process is “really moving rapidly.”

“I just think that we are now we are going to start the process of denuclearization of North Korea, and I believe that he’s going back and will start it virtually immediately – and he’s already indicated that and you look at what he’s done,” Trump said. 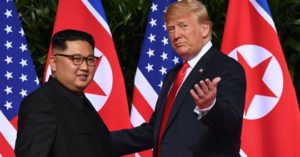 The historic agreement came after the two leaders held several meetings throughout the day. Trump was asked by a reporter if Kim agreed to denuclearize and he said, “We are starting that process very quickly.”

Trump said at a press conference that he will be ending joint military exercises between the United States and South Korea, Fox News reproted.

Trump also said during a one-hour-plus news conference after his summit with the North Korean leader that Pyongyang agreed to destroy a “major” missile testing site after he and Kim signed a joint statement to make a broad commitment for the United States to provide the reclusive country “security guarantees” in exchange for denuclearization of the Korean peninsula, The Hill Reported. 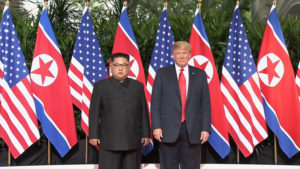 Can you ensure anything?” Trump said after the first-ever summit between a sitting U.S. president and a North Korean leader. “Can I ensure that you’re going to be able to sit down properly when you sit down? You can’t ensure anything. All I can say is they want to make a deal. That’s what I do. My whole life has been deals. I’ve done great at it. That’s what I do. And I know when somebody wants to deal, and I know when somebody doesn’t.”

Trump and Kim capped off their summit at the Capella resort on Singapore’s Sentosa Island by signing a statement committing the United States to unspecified “security guarantees” for Pyongyang in exchange for a denuclearized Korean peninsula, The Hill reported

“President Trump committed to provide security guarantees to [North Korea], and Chairman Kim Jong Un reaffirmed his firm and unwavering commitment to the complete denuclearization of the Korean peninsula,” the statement said.

“That will be a day that I very much look forward to at the appropriate time,” the president said in response to a question about the NK leader being invited to the White House

Trump lavished praise on Kim after the talks, calling him “a very worthy, very smart negotiator” and saying that he planned to meet with the North Korean premier “many times.”