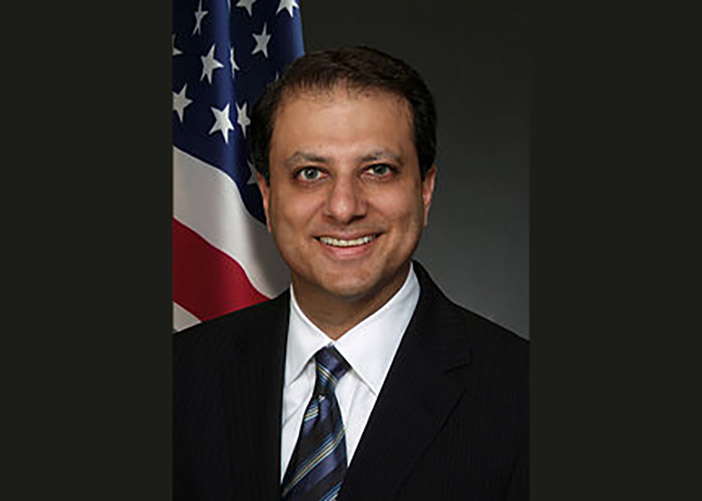 On Friday, June 1, just one day after being pardoned, conservative movie maker Dinesh D’Souza reportedly said that last week he was told by President Donald Trump that he has been a “great voice for freedom” and had been “screwed.”

D’Souza said that on Wednesday, May 30, the president’s call to his office came as a great surprise.

On Friday, he told “Fox & Friends” that, “The president said, ‘Dinesh, you’ve been a great voice for freedom. I got to tell you man-to-man you’ve been screwed.’”

D’Souza said that Trump told him to “be a bigger voice than ever defending the principles that I believe in.” According to D’Souza, Trump said that he reviewed his case and “knew from the beginning that it was fishy.”

The campaign-financing fraudster said, “He said upon reviewing it, he felt a great injustice had been done and that using his power, he was going to rectify it, sort of clear the slate, and he said he just wanted me to be out there, to be a bigger voice than ever, defending the principles that I believe in.”

D’Souza claimed that in order to avoid additional charges and the chance of a long prison sentence, he was pushed into pleading guilty. The filmmaker said, “This kind of legal bludgeoning tactic is used not only against the guilty, but against the innocent.”

D’Souza explained what a great relief the pardon was, and that the “cloud” of being a convicted felon that was hanging over his head was finally lifted. He said, “I’m very grateful to President Trump for giving me my [full] rights back.”

According to The Post, “The right-wing provocateur was sentenced to five years’ probation, including eight months in a halfway house, after pleading guilty in 2014 to illegally using straw donors to contribute to Republican Wendy Long, who challenged US Sen. Kirsten Gillibrand. He claimed his conviction, for which he also was fined $30,000, was a ‘vindictive political hit’ by then-President Obama, who was angry over a movie he had made about him.

In response to the insistence on Thursday by Bharara that the prosecution was justified, D’Souza said, “These guys decided to make an example of me.”

However, in 2014, at his plea hearing, the controversial movie maker admitted that he knowingly broke the law.

At that time, D’Souza said, “I knew that causing a campaign contribution to be made in the name of another was wrong and something the law forbids. I deeply regret my conduct.”

At the former US attorney for the Southern District of New York he tweeted, “KARMA IS A BITCH DEPT: @PreetBharara wanted to destroy a fellow Indian American to advance his career. Then he got fired & I got pardoned.”