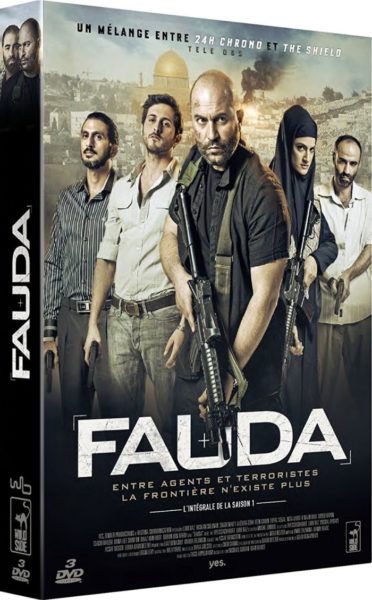 Well, TV fans, it is time to kick back, break out the popcorn and get ready for season number 2 of the wildly popular Netflix series “Fauda” (“Chaos” in Arabic) that premieres on May 24th.
Originally produced and broadcast in Israel in 2015 on the YES channel, the creative brain power behind the program (Lior Raz and Avi Issacharoff) had no clue back then that this riveting thriller would generate the kind of media buzz that it did. Not to mention the fact that it attracted such large and enthusiastic audiences of viewers who were left hungering for more.
Issacharoff is an Israeli journalist and Arab affairs specialist of 15 years. He is fluent in Arabic and has connections in Gaza and the West Bank. His co-creator Lior Raz, who also acts the part of Doron is the main character. The show is based on their own military service experiences in the IDF’s Duvdevan Unit. The first season was filmed in the Israeli-Arab village of Kafr Qasim, during Operation Protective Edge.
Directed by Assaf Bernstein, it tells the story of the Mista’arvim, undercover Arabic-speaking members of the IDF who act like Arabs in order to track down Israel’s enemies in the West Bank. They are on a mission to kill a Hamas terrorist, who has been credited with killing 116 Israelis.
The high energy series is in a mix of Hebrew and Arabic with subtitles.
The creators of the series did not have high hopes for its success and even predicted a volatile reaction when it first reached Israeli viewers.
In a recent interview with “Variety”, Issacharoff said, “We expected we’d be slaughtered, that we’d be butchered by critics, by the left-wingers, the right-wingers, everyone. The morning after we premiered, we opened up the newspapers and both of us were shocked. The left-wing newspapers, the right-wing newspapers — everyone was glorifying it. One of the TV critics wrote, ‘This is the best thing on TV right now, not just in Israel, but all over.’”
Critics outside Israel also weighed in with their dazzling critiques of the controversial program. According to the Variety report, Mike Hale of The New York Times wrote that “‘Fauda’ is also a family drama, in a way that American thrillers can’t really duplicate. The opposing sides live in such close quarters, and with so much shared history, that wives, children, cousins and girlfriends get caught up in the danger in believable ways, without the manufactured plot twists American dramas employ to put family members in jeopardy.”
As a result, “Fauda” has went on to sweep the 2018 Ophir Awards (the Israeli version of the Emmys and Oscars rolled into one) with a record-breaking 11 wins.
“These days in Israel, in the Palestinian territories, you don’t know the other side, you don’t want to hear about the other side. It makes people very uncomfortable,” Issacharoff said in the interview with Variety. “We force people to sit and have a look at what’s going on. We’re not Palestinians, and we cannot draw the Palestinian narrative, but we did try to bring it [to the fore].”

‘Cry Macho’ Review: Clint Eastwood’s Lessons on Being a Man