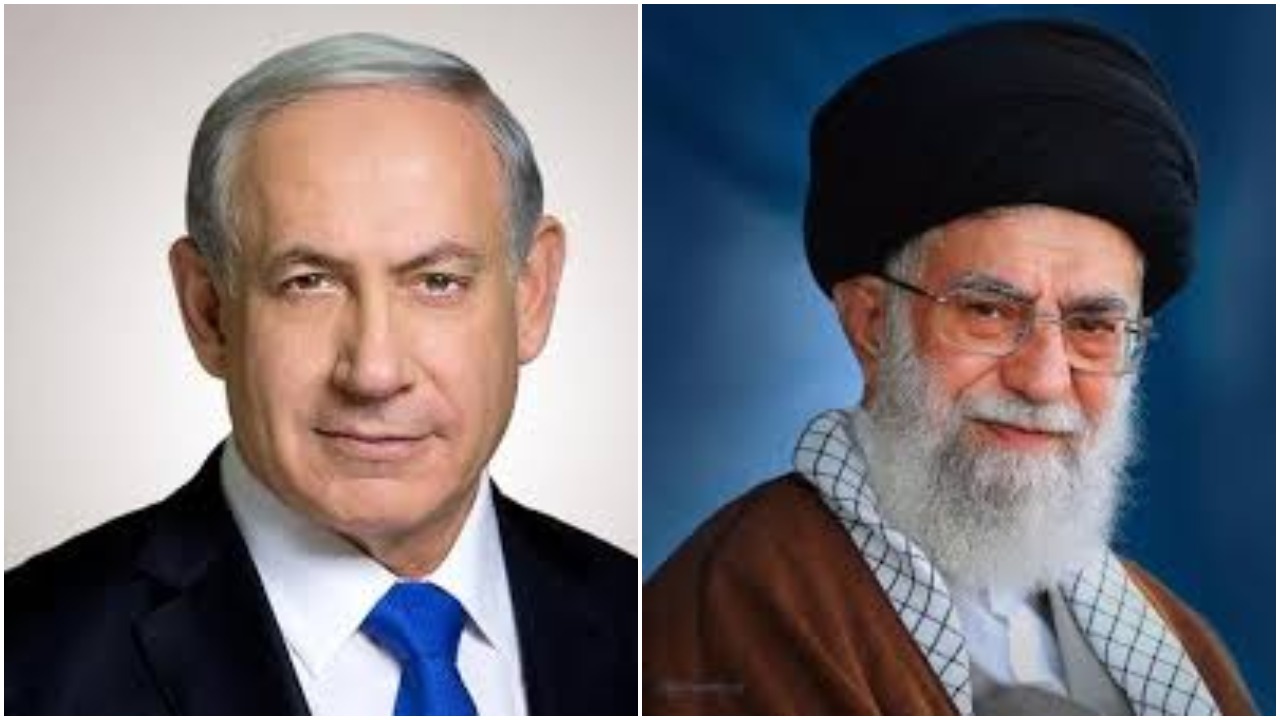 “Tonight we’re going to show you something that the world has never seen before. Tonight, we are going to reveal new and conclusive proof of the secret nuclear weapons program that Iran has been hiding for years from the international community in its secrete atomic archive,” Netanyahu told an audience during what he said was a “significant development regarding the nuclear agreement with Iran” at the Kiryah military headquarters in Tel Aviv. “We’re going to show you Iran’s secret atomic archive.”

Iran lied “big time” repeatedly to the international community by denying for years that the country’s nuclear program was focused on generating nuclear power for civilian purposes, and predicted that  President Trump would “do the right thing for the United States, for Israel and for the peace of the world” by pulling out of the 2015 Joint Comprehensive Plan of Action, the so-called Iran nuclear deal, next Saturday.

“The deal is based on lies. It is based on Iranian lies,” he said, describing it as “a terrible deal. It should never had been concluded.

From the start of Trump’s 2016 campaign he had  shredded Obama’s Iran deal, this bombshell news shows Trump had the right foresight regarding Iran’s intentions.  After the presentation Trump  commented from a  Rose Garden press conference “That is just not an acceptable situation,” and Netanyahu’s claims show Iran is “not sitting back idly.”

When asked further about Netanyahu’s presentation Trump said “So we’ll see what happens , I’m not telling you what I’m doing. A lot of people think they know. And on or before the 12th, we’ll make a decision.”  “What we’ve learned has really shown that I have been 100 percent right”, Trump concluded.

In a 20 minute presentation at the Ministry of Defense complex in Tel Aviv, Netanyahu unveiled a trove more than 100,000 documents that he said were obtained in recent weeks from a secret warehouse in southern Tehran.

In speech aimed at the international community and delivered in English, the prime minister showed photographs of classified maps, charts, photographs, blueprints, videos and more documenting the Islamic Republic’s ongoing effort to create nuclear weapons. The premier said Israel had shared the intelligence with both the United States and the International Atomic Energy Agency (IAEA) before saying coyly that the documents were “now in a very safe place.”

Netanyahu said that the nuclear deal did nothing to derail Iran’s drive towards integrating nuclear warheads onto ballistic missiles, including the long-range Shahab 3, and to expand the range of its nuclear-capable missiles

Netanyahu also showed photographic evidence of the Fordo nuclear site which is built into the side of a mountain some 200 kilometers south of Tehran, and said that since signing the nuclear deal with the so-called P5+1 international group, a  reference to the UN Security Council’s five permanent members  China, France, Russia, the United Kingdom, and the United States, plus Germany, the site has continued to operate at an expanded rate of operation.

“You don’t put centrifuges under a mountain in order to create medial isotopes,” Netanyahu said. “You do it to create nuclear weapons”

“You also won’t be surprised to learn that  that Iran insisted on keeping (Fordo operational), and the nuclear deal enabled it to do it. but came with a hitch: Iran was required by the IAEA to come clean about its nuclear program. That was explicit condition for implementing nuclear deal.”

But when the nuclear watchdog issued its final report on the matter in December, 2015, Netanyahu said they lied.

“This was Iran’s chance to come clean. They could have told the truth, could’ve said they’d shelved the program and destroyed the material. But Iran actually denied the existence of a corrdinated program aimed at creating nuclear weapons devices… (unfortunately,) the evidence shows different,” Netanyahu said.

The intelligence heist illustrated several conclusions, the prime minister said: That Iran lied about never having had a nuclear weapons program; that even after signing the deal, Iran contined to preserve and expand files for future use, that Iran lied again in 2015 when didn’t come clean to IAEA.

Netanyahu’s blockbuster presentation received  accolades from members of both the governing coalition and parliamentary opposition. MK Yoav Kisch, a member of Netanyahu’s Likud Party, praised the prime minister on Twitter for “exposing (Iran’s) lies and distortions, and the naiveté of the deal that (the international community) signed with it.

“This was a stunning intelligence accomplishment,” Kisch said.

“The heart bursts with pride at the daring and the ability of our brave Mossad agents” who brought home an intelligence score that is “enormous, both in terms of quantity and quality.

“Even the biggest deniers in the world must now draw the obvious conclusions and demand immediate improvements to the deal that was signed between the P5+1. In particular, the end date of the deal must be revoked, the ballistic missile program must be stopped, Iran must be prevented from developing advanced centrifuges for enriching (uranium) and halt Iran’s aggressiveness in Syria and around the region,” Shmuli wrote, also on Twitter.

Biden, Harris- Bus Tour Kicks Off in Arizona- Not a Single...