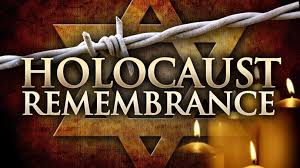 Lapid Doubles Down on Invitation for Security Briefing after Netanyahu Refuses

When members of Columbia’s Students Supporting Israel campus group set up a memorial booth on April 11th, for Holocaust Remembrance Day, honoring the 6 million Jews who died at the hands of the Nazis, the memorial was disrupted by the screaming chants of anti-Israel protesters.

The table for the commemoration of Holocaust Memorial Day had testimonials from Holocaust survivors as well as memorial candles laid out. After an hour in which Jewish students shared the stories of holocaust survivors, a large group of anti-Israel protests gathered across the plaza from the SSI table.

The protestors, a coalition of groups that make up Columbia University’s Apartheid and Divest student group, stood on Columbia’s College Walk chanting, “From Gaza to the plaza, globalize the Intifada!” This was followed by more violent chants such as, “From the river to the sea, Palestine will be free!” These slogans, call for the ethnic cleansing of the Jews and the destruction of the state of Israel.

Shocked and sickened to the core, Jewish students persisted with their event by reminding those who passed by both that today was Holocaust Memorial Day, and that Jews must continue to fight anti-Semitism wherever it appears.

This was no coincidence, last year during Holocaust Memorial Day, the same anti-Israel group invited the founder of the Boycott, Divestment and Sanctions group who has openly called for the destruction of the Jewish state and its people.

On Tuesday, Columbia University students in Students Supporting Israel submitted a detailed
summary of anti-Semitic acts on Columbia’s campus, ranging from the tearing down of flyers to the
bullying of pro-Israel students. After months of complacency, in which Columbia University has
failed to respond with disciplinary actions, the detailed summary and related evidence were released
yesterday to the public.  Full Detailed Memo On anti-Semitism at Columbia.

Now is the time to expose this anti-Semitism on campus so that Jews can feel safe going to class and commemorating the Holocaust without hearing protests that call for the destruction of their state. The strength of Students Supporting Israel reminds us that we must not only say “Never Again”, but make a commitment to make sure that the Holocaust never happens again.

Here are two videos made from  Students Supporting Israel at Columbia university, covering the anti-Semitism on campus and opinions of students.