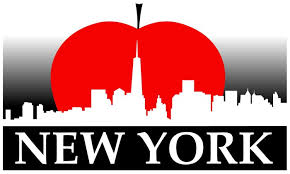 Tourists are flocking to New York City in record numbers according to the city’s tourism and marketing agency, despite the doomsday predictions that the very same agency made after Trump was elected.

NYC & Company is the official destination marketing organization for the five boroughs of New York City, and they predicted that tourism would drop by 300,000 people because of Trump being elected to office.  In February of 2017, they warned of $120 million in lost tax money for the city and state because of those decreases, which they blamed on Trump policies like the attempted travel ban on seven mostly Muslim nations and a ban on laptops on flights from certain locations.

Late last year, NYC & Company downgraded their predictions to a decrease of only 100,000 international tourists, again due to Trump, both predictions were not even close to reality.

The exact opposite occurred, and their own press release confirmed how off they were.

The tourism organization’s spokesperson, Chris Heywood, in November of 2017 was quoted as saying  “The president’s America-first rhetoric and lack of a welcome message on behalf of the nation could be a pitfall for the nation’s tourism industry”, predicting not only a decline in tourism for New York City, but for the entire nation, all because of the president.

While it is true that tourism has decreased in the nation, the down trend began long before Trump was even a candidate for president.  America has seen a decline of around 4 million visitors since 2015, according to travel and leisure.com.   Tourism experts, who are not agenda based, agree many factors attributed to the decline. New York City has gone totally against this trend, and it is quite ironic to see NYC & Company a group that just recently predicted loss of tourists and revenue, now boast about the tourism numbers.

The press release continued by saying: “Despite geopolitical challenges and a travel ban that made our task of promoting tourism more challenging than ever, we are pleased to see that we overcame these hurdles to realize a consecutive eighth year of tourism growth in New York City, welcoming an all-time high of 62.8 million visitors last year”.

Mayor de Blasio in a response to the incredible tourism numbers said: “ We’re keeping our door to the world open… Even with all the headwinds from the White House, we attracted a record number of visitors to our city. That’s a testament to the strength of our tourism sector and the values of our city.”