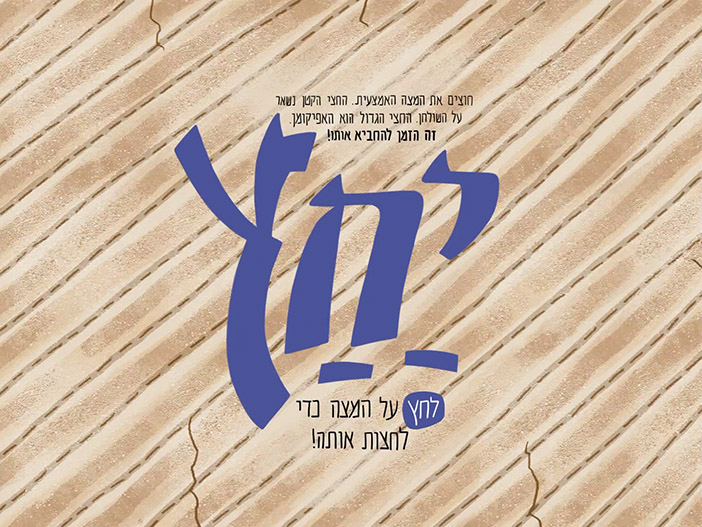 Bezalel Academy of Arts and Design, Israel’s oldest higher education institution and the birthplace of Israeli culture, unveiled a variety of different works of Passover art as part of its commitment in 2018 to chronicling the 70 years of Israel’s independence.

Bezalel Academy trains emerging artists, designers and architects in a wide range of disciplines, including fine arts, visual communications, ceramics & glass, jewelry & fashion, and industrial design. Bezalel preserves and develops traditional techniques and crafts, as well as create cutting-edge design and art in the realm of the most advanced technologies of the 21st century. For Passover the Academy curated a digital sampling of Judaica created by past students, including multiple takes on the Seder plate with different shaped designs, both modern and traditional, of the holiday centerpiece.

Designs include 3D round towers, Jerusalem stone, fusions of pyramids and Star of David themes, pieces combining the Seder plate and Elijah’s cup, separate pieces allowing hosts to set up their Seder plates as they wish and even a flower shaped design illustrating the seasonal time of the holiday. Other items include pristine sketches included on Passover Haggadah pages, paintings depicting the holiday’s icons of Matzah and the 10 plagues and an animated interactive Haggadah.

The works include both pieces of fine art as well as riveting takes on traditional Passover items like a Bedikat Hametz tabletop tractor set as well as Seder plates from the different decades since the birth of the state. The pieces take viewers through the decades with a hint of influence from their individual time periods.

“Students of Bezalel Academy have been creating Judaica since the Academy’s establishment in 1906. We are the only place on the globe that teaches Judaica at an academic level and in honor of Israel’s 70th anniversary, we wanted to showcase the evolution of Passover Judaica artwork through the years,” said Bezalel President Prof. Adi Stern.

Founded in 1906, the Bezalel Academy of Arts and Design is Israel’s oldest institution of higher education and the birthplace of Israel’s art culture. With programs ranging across the discipline, Bezalel’s graduates influence the world through their designs utilizing the top skills instilled within them in their time at the historic art academy in Jerusalem. Bezalel offers courses in fine arts, architecture, ceramic & glass design, industrial design, jewelry & fashion design, photography, visual communications, screen based arts, urban design, and art history & theory. For more information, please visit http://www.bezalel.ac.il/en/.