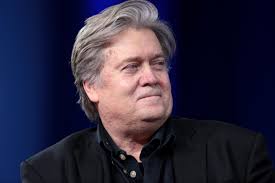 “Fire and Fury: Inside The Trump White House”, the much publicized bombshell book that allegedly reveals the inner workings of the presidency has resulted in a very agitated commander in chief. In particular, the excerpts released in various journals last Wednesday of alleged statements made by former White House Chief Strategist Steve Bannon have stirred the pot, to the point that it is boiling over.

“Steve Bannon has nothing to do with me or my presidency. When he was fired, he not only lost his job, he lost his mind”, President Trump said in a statement made last Wednesday after several prominent publications released excerpts from the new “tell all” political book about the behind the scenes machinations of the Trump presidency.

The president’s next step was to summon one of his top lawyers, Charles J Harder who according to the N.Y Times on Thursday, wrote an 11-page letter to the publisher of the upcoming book.   Harder told the publishers in no uncertain terms that the book is replete with spurious statements and allegations about the Trump administration, the president himself and his family members.

“Mr. Trump hereby demands that you immediately cease and desist from any further publication, release or dissemination of the book, the article, or any excerpts or summaries of either of them, to any person or entity, and that you issue a full and complete retraction and apology to my client as to all statements made about him in the book and article that lack competent evidentiary support,” the letter said.

The publisher, Henry Holt and Co, dug in their heels upon receiving this rancorous missive and thusly made the decision to expedite the release date of the book to Friday.

Trump’s lawyer also sent a cease and desist letter to Steve Bannon which stated “communicating with author Michael Wolff regarding an upcoming book give rise to numerous legal claims including defamation by libel and slander, and breach of his written confidentiality and non-disparagement agreement with our clients. Legal action is imminent.” Even after this threat of legal action, Mr. Bannon said on his radio show last Wednesday night “The president of the United States is a great man”.

Author Michael Wolff claims in his tabloid-esque book that Bannon called the meeting at Trump Tower between Donald Trump Jr., Jared Kushner, former campaign chairman Paul Manafort and Russian lawyer Natalia Veselnitskaya in June of 2016 “treasonous” and “unpatriotic”.  Bannon is quoted as saying that an investigation into collusion with the Russian government will focus on money laundering and said, “they’re going to crack Don Junior like an egg on national TV.”

When the meeting first surfaced in July, Trump Jr said on Fox News that the parties involved “primarily discussed a program about the adoption of Russian children that was active and popular with American families’ years ago and was since ended by the Russian government”.

Steve Bannon has remained mum regarding the accuracy of the statements in Wolff’s book. “Fire and Fury: Inside the Trump White House” is said to be based on a series of over 200 interviews with the president and people in his administration’s inner circle.

The author has been cited in the past for inaccuracies and can been called a “notoriously unreliable narrator” by The New Republic in 2004; and Slate.com pointed out that other writers have said Wolff had “invented or created quotes” in previous works.

Some other excerpts from Woolf’s book include accounts of the president eating almost exclusively fast food to avoid being poisoned, claims that top White House advisors called Trump “an idiot” and “dumb as dirt” and accusations that Melina Trump is unhappy as the first lady. All accused parties have denied the claims in Wolff’s book.