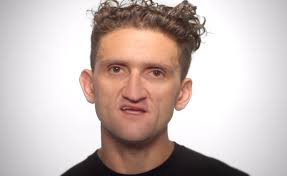 Casey Neistat, who is a popular YouTube, star was brought in to develop a new “millennial-focused” outlet for CNN by producing an original video brand & a 5 p.m. live daily news show that would be a core part of its digital business.  CNN also purchased his video sharing app. called Beme, with the intention of getting CNN viewers to use the app. to produce their own news and share it with the world.

CNN head Jeff Zucker gleamed with excitement at the Cannes Lions Festival of Creativity in June of last year, declaring that Nesitat would usher in a brand-new audience for CNN and that he “discovered” him on YouTube, the N.Y Post reported.

Zucker said at the time: ““We have hundreds and hundreds of reporters and people who can tell video stories and stand there with a microphone and a trench coat and tell a story, but we don’t have Casey. I think that’s what is missing, not just from CNN, but all the legacy TV news broadcasters who think it’s enough to take a video report and put it on a platform where young people go. It just doesn’t work.”

After a year he has been let go as the project bombed and cost the network $25 million.

CNN and Neistat apparently were never able to fit well together.

“I couldn’t find answers. I would sort of disappear, and I would hide, and I would make YouTube videos for my channel because at least I would be able yield something…I don’t think I’m giving CNN what I want to give them, and I don’t think they’re getting value from me”, he recently told Buzzfeed

The Beme News YouTube channel has only published 41 videos, a far cry from plans to create daily news content. The video sharing App, Beme never fully got off the ground and was not available on the iOs app store or Google play at any point during Neistat’s tenure at CNN.

The strategy was for young CNN viewers to shoot instant video on the Beme app and share it with the CNN viewership via the “Beme News Channel”.

CNN has said that it will try to find positions in the company for many members of Beme’s 22-person team; however, several people will be let go. While Beme will no longer be a standalone business at CNN, the company will continue to house and develop its technology and digital products.

Casey Neistat has gone back to producing his own videos on You Tube.