Is There Still Hope for Federer? - The Jewish Voice

Is There Still Hope for Federer? 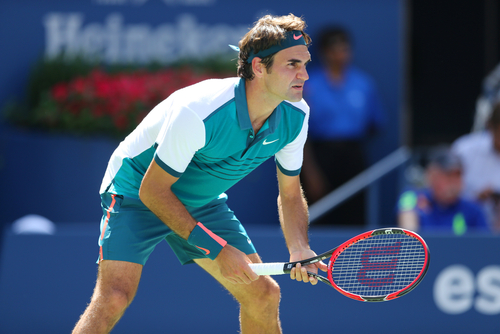 There have been numerous hints over the past year suggesting that the erosion of the majestic Roger Federer has unfortunately arrived. The 32-year-old professional tennis player is striving for the best to win many more titles. The Switzerland All-Star turned pro in 1998 and he still has the spotlight shining on him. The one issue he really regrets is that he played while he was injured back in 2013 because of the pain in his back that caused him to be on a slump during his injury. Federer just won his sixth Dubai open title on March 1, which extends his win to 79 career title wins. Federer still maintains his elite playing even though he’s getting older but he is still ranked within the first five slots.

Federer played excellent tennis this past open. His serving skills have been a invaluable asset for his game. He finished an entire match with nine aces. Federer started the year off on a good start. If he keeps it up, he could end up moving up to the number one ranking. Federer will reach his 33rd birthday in August and everyday he’s still trying to improve on winning many more titles. I personally think he has potential on dominating many more tennis opens throughout his career.

Over Federer’s brilliant 16-year career he has played over 310 more matches than any other active tennis player and he has never retired in the middle of a match. He is the only player in the top 25 that has less than three career retirements. That is unbelievable! Federer played over 1,153 matches, the most matches by any active tennis player. Wow!

Federer said he’s feeling that his best tennis is “just around the corner” as he is able to back up his information after winning his sixth Dubai Open title. Federer is on a hot streak. He has become known for signing a camera lens after his big win.

Despite Federer’s tennis skills, he still devotes more than ample time to his beloved family. He has 2 twin children and another set of twins on the way. In July, Roger Federer and his wife Mirka will be parents of 4 children. In 2009, when Mirka Federer was pregnant for the first time with twins, Roger played the best tennis he ever played in the summer of his career. The fans around the world would enjoy and love to watch Federer replicate his success from the summer of 2009.

In fact, Federer is worth $71 million as of June 2013 according to Forbes.

He manages to spend time with his family and travels the world to face other tennis champions to compete for the big bucks. The athlete is making tons of money from endorsements. Federer has ten sponsors that together pay him over $40 million annually. He is involved with Nike, Rolex, Wilson, and Credit Suisse, champagne brand Moet and Chandon… Federer is making a fortune off of endorsements from large companies.

The Federer question isn’t whether he’s still dangerous, but how much contact he will have with mortals when the time comes to step away. The Federer game, and his feverishly loyal following, must simply accept less than perfection.

Federer is currently ranked No. 5 in the world. Federer has beaten a top ten player four times this year. He is only 605 points away from Wawrinka ranked No. 3. This is a gap that can be turned around in a very short period of time. Federer has passed John McEnroe with 78 career singles titles, one more than the tennis legend. Federer is at the stage in his life where he will be taking home much more cash and winning many more trophies in the years to come!

(Bert R. Dweck is the President of the Young Journalist Initiative at the Jewish Voice)