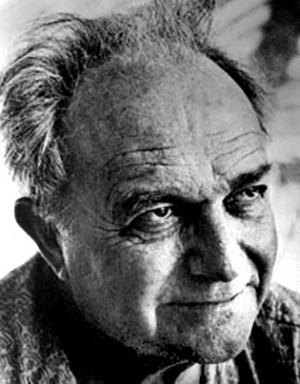 Oh, where is Dr. Freud when one needs him?

Who would ever have thought that anything could knock the pandemic of Jew hatred off the front pages?

Well, the Chinese government has managed to do so. All day, every day, perhaps with the exception of some particularly malevolent media in Iran or Gaza, most English-language TV broadcasts all, all, focus only on the Wuhan Virus—the escalating rates of infection and death; the absence of adequate equipment; the consequences to our economies; tips on keeping safe—on and on, as if nothing else matters. And, for the moment, nothing else does, the world has come to a hard standstill.

We will never be quite the same again. Now, countless millions, all those who do not get sick or who do not die, are experiencing what it is like to be a shut-in, to be unable to go out, or to go out very often, or alone, or with ease. Perhaps when this siege is over, able-bodied people will remember it and reach out with a new kindness to those who have been permanently left behind.

We will never be quite the same again—and yet: Families who are now shut in together have probably never before been in such close contact for so long and with so few reprieves, no dashing into the surf, no walking along the beach, no amusement park rides. Nothing. Nada. Young children may someday remember this as a War in which their parents (if they are not doctors or nurses) were able to stay home; as a memory they may treasure in the distant future.

We have time-traveled, at least partly, back to previous centuries, when one worked at home or nearby and did not go far beyond one’s own village. Were it not for electricity, plumbing, the internet, live-streaming, and television (how lucky we are!), we might time-travel back even further, when only a mere handful dared risk long and always dangerous ocean voyages.

People are saying that divorces will escalate due to such cramped confinement—perhaps, but the birthrate may also escalate.

We will never be quite the same again, but now everyone might better appreciate the fact that child-diarist Anne Frank and seven others (!) all hid together for two years in a 450-square-foot space in what was known as the “secret annex.” Anne was murdered by the Nazis when she was fifteen years old. Only her father, Otto, survived—and he subsequently went about universalizing and de-Judaizing her diary.

In the mid-1970s, the late Meyer Levin walked with me up and down the beach in Netanya, imploring me to understand exactly why Otto, together with Lillian Hellman and “the left-wing Broadway and Hollywood Jews” participated in this obscene bid for commercial success. I believed him, but for years Levin was considered a crackpot. Only in the mid-1990s did Cynthia Ozick, in the pages of The New Yorker, expose this drama-within-a-drama.

All around me, people are terrified of falling prey to the Wuhan Virus. Some are quite hysterical. One woman, who merely had a cold but had no fever, was not coughing, and had no trouble breathing, nevertheless told all her colleagues that her doctor had diagnosed her as “mildly positive” for the virus—and he did so over the phone. Oh, where is Dr. Freud when one needs him?

One woman seems to have gone a little stir crazy. Laughing, she proudly old me that she takes walks in the middle of the night, and she marveled at the deep quiet on the darkened and deserted streets. She is prone to falling and refuses to use a cane or a walker. I was aghast but remained silent.

Everyone is also worried about economic free fall. Will small business owners have to lay off staff? How many? And for how long? How quickly and how seamlessly will the American government’s two trillion dollar Bill which just passed actually come to our rescue?

When this is all over, the world has got to hold the Chinese government fully responsible—economically, legally, socially, criminally, and morally. Their failure to warn us in a timely fashion has led to great death and devastation.

This has got to be a wake-up call in terms of American corporations having outsourced all our manufacturing to China for the sake of greater profits due to cheaper labor. But now, see how at risk we are. The Chinese government can withhold pharmaceuticals, medical supplies, and technologies if the West makes threats or denounces them too loudly.

I know a successful fashion designer, who for years has been bemoaning the fact that she’s had to travel to China twice a year for the sake of her clothing line. She’d been asking why American manufacturers refused to read the writing on the wall, were willing to shut down plant after plant, textile mill after textile mill, merely for the sake of more and more profit for their stockholders with no sense of danger or responsibility to American workers. And believe me, this woman is a super, uber capitalist; however, she is also well aware of unintended consequences due to greed.

While diplomacy with China is essential right now, we may have to rethink and retool our relationship to such a country.

The writer is a Ginsburg-Ingerman Fellow at the Middle East Forum, received the 2013 National Jewish Book Award,.authored 18 books, including Women and Madness and The New Anti-Semitism, and 4 studies about honor killing, Her latest books are An American Bride in Kabul, A Family Conspiracy: Honor Killing and A Politically Incorrect Feminist.

It’s Not About Race – The Exploitation of Another Black Victim

Is the EU Having Second Thoughts Over its Hostility Towards the Jewish State?