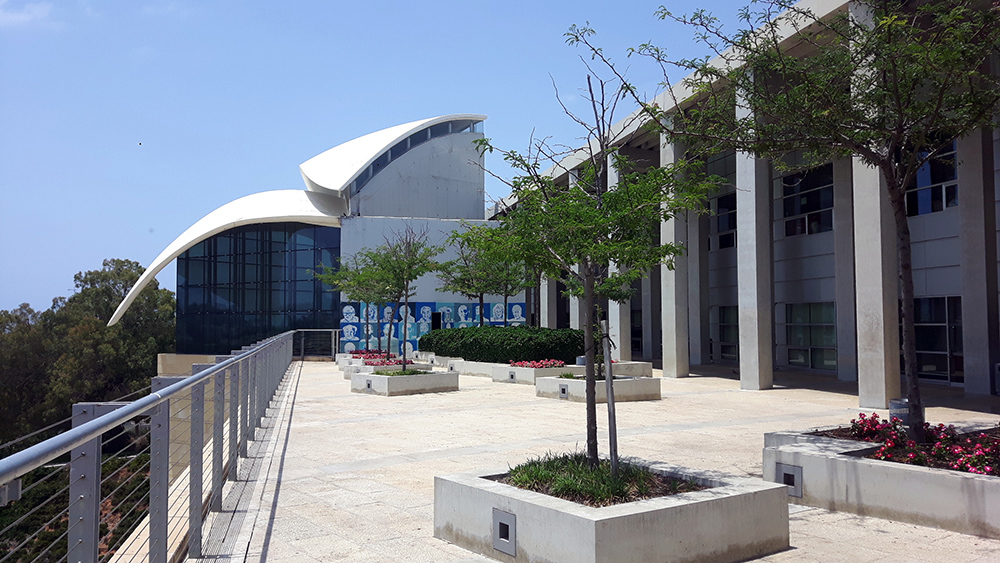 In February 2001, the Yitzhak Rabin Center convened a meeting of Israel’s elites from across the political spectrum to compose a document that would set out the Jewish goals of the State of Israel. The meetings led to the drafting of the Kinneret Charter, which in later years served as the basis for the 2018 Basic Law: Israel, the Nation-State of the Jewish People. Photo Credit: Wikimedia Commons

MK Ofer Shelah from the Blue and White party is the architect of his party’s current efforts to form a government with the support of Joint Arab List. If Shelah succeeds, he will have formed a radical, post-Zionist minority government entirely dependent on 15 Arab lawmakers, who reject Israel’s right to exist, just to stay afloat. 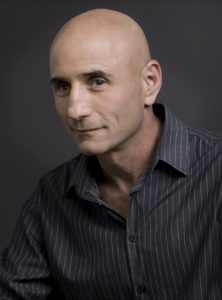 MK Ofer Shelah from the Blue and White party is the architect of his party’s current efforts to form a government with the support of Joint Arab List. If Shelah succeeds, he will have formed a radical, post-Zionist minority government entirely dependent on 15 Arab lawmakers, who reject Israel’s right to exist, just to stay afloat. Photo Credit: Wikipedia.com

As Shelah blazed forward in his efforts, political philosopher Yoram Hazony recalled an earlier bid by Shelah to force the public to accept post-Zionist positions hostile to the very right of the Jewish people to self-determination.

In February 2001, the Yitzhak Rabin Center convened a meeting of Israel’s elites from across the political spectrum to compose a document that would set out the Jewish goals of the State of Israel. The meetings led to the drafting of the Kinneret Charter, which in later years served as the basis for the 2018 Basic Law: Israel, the Nation-State of the Jewish People.

The Rabin Center was spurred to action by three dramatic events. First in July 2000, PLO chief Yassir Arafat rejected Ehud Barak’s offer of statehood and peace at the Camp David summit, effectively ending the Oslo peace process. In September, Arafat ordered his terror forces to initiate a campaign of terror against Israel the likes of which hadn’t been seen since the 1930s.

And in October 2000, the Arab Israeli community joined the Palestinian onslaught. In two weeks of violent riots, Arab Israelis throughout the country assaulted their Jewish neighbors and countrymen and called for the destruction of the state.

The third event – the Arab Israeli riots – shook Israeli society to its core because it called into question the very survival of the state as a coherent political unit. 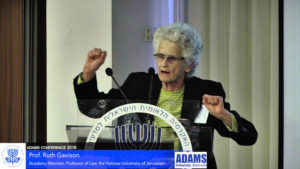 Prof. Ruth Gavison, perhaps the most influential intellectual on the Left at the time, responded that Jews have a right to convene to discuss their future just as Arabs do. Photo Credit: YouTube

Prof. Ruth Gavison, perhaps the most influential intellectual on the Left at the time, responded that Jews have a right to convene to discuss their future just as Arabs do. Most of the participants, including some on the far left, like former Education Minister Prof. Yuli Tamir from Peace Now, agreed with Gavison.

With his demand rejected, Shelah walked out. A handful of participants joined him.

This week, with the liberal mass media providing wall-to-wall support for Blue and White’s efforts to form a post-Zionist government dependent on the anti-Zionist Joint Arab List, it appears that over the past 19 years, Shelah’s post-Zionism has moved from the margins to the mainstream. The media’s energetic attempts to defend Blue and White’s efforts show that post-Zionism is the predominant position of the Israeli left.

How did this happen?

Dozens of leading lights of Israeli society signed the Kinneret Charter in July 2001. The next month, the ideals they embraced were bludgeoned by the international community. In late August 2001, the UN convened its “anti-racism” conference in Durban, South Africa. At Durban, UN member states and the most prominent non-governmental organizations in the world came together to libel and criminalize the Jewish state and people with unprecedented brutality.

Just ten years before, in 1991, the US used its post-Cold War clout at the UN to repeal UN General Assembly resolution 3379 from 1975. Resolution 3379 defined Zionism, the Jewish national liberation movement as “a form of racism.” At that time, it was still taken for granted in the Western world that it is anti-Semitic to deny the Jewish people’s right to self-determination in their homeland.

Two conferences were convened at Durban – a conference of UN member nations and a conference of non-governmental organizations. In both, Resolution 3379 was not merely brought back from the dead. It was transformed into the cri de coeur of the UN and the international NGO community. The NGO conference produced a shocking resolution that called for Israel’s destruction as a Jewish state and accused Israel of being a Nazi, Apartheid regime that was committing genocide and other war crimes. UN member states and NGOs were directed to enact a total boycott of Israel.

The international boycott campaign against Israel was initiated shortly thereafter.

One of the groups most responsible for the diplomatic pogrom at Durban was an Israeli Arab legal advocacy organization called Adalah. The heads of Adalah played leading roles in drafting the resolution. Following the conference, Adalah, which is funded by the EU and anti-Israel foundations in the US set about organizing the Israeli Arab community around the NGO resolution. Arab MKs all parrot the language of hatred and rejection of Israel and Jewish peoplehood that was so violently expressed in the Durban resolution. 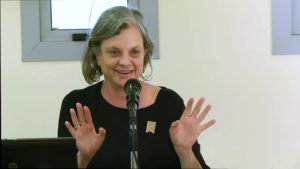 Together with other subversive, anti-Zionist NGOs, Adalah works through the post-nationalist Supreme Court to block elected officials in the government and Knesset from enforcing the laws of the state towards Arab Israelis. In accordance with the Durban NGO resolution, they demand that Israeli Arabs be accorded “communal rights,” and so effectively undermine Israel’s ability to operate as a democracy governed by the rule of law. Internationally, Adalah is actively involved in boycott efforts against Israel whose goal is to criminalize Zionism, Israel’s supporters abroad and Israel’s very existence. The anti-Israel portion of the Black Lives Matter charter was reportedly written by Adalah.

Among Israeli Jews, views like Adalah’s have long been dominant in many universities. Already at the outset of the Palestinian terror war against Israel, professors from Israel’s premier universities signed petitions calling for IDF soldiers to refuse to serve in Judea, Samaria, and Gaza and calling for the economic boycott of Israel.

Over the past generation, inspired by retired Supreme Court president Aharon Barak, these positions have come to dominate the legal fraternity as well. Barak is the father of Israel’s legal revolution, which gave unchecked powers to the Supreme Court and state prosecution. Barak’s morally relativist, post-modern world view holds that every nation – including Israel – has the potential to act like Nazis. Barak’s view ignores the plain fact, borne out by hundreds of years of German history before World War II that Nazism was not alien to Germany, but in many ways, intrinsic to it. So too, his view discounts thousands of years of Jewish history and heritage, as well as the character of contemporary Israeli society which all negate the prospect of Israel ever adopting the characteristics of Nazi Germany.

Aside from its historic and sociological inanity, Barak’s view is also problematic from the perspective of anti-Semitism.

Like most Western democracies, Israel embraces the definition of anti-Semitism conceived by the International Holocaust Remembrance Alliance. According to the IHRA definition, “Drawing comparisons of contemporary Israeli policy to that of the Nazis,” is an example of anti-Semitism.

So by claiming that Israel can potentially become a Nazi state, members of the Barak-influenced Israeli legal fraternity have embraced perceptions of Israel that are substantively anti-Semitic.

Perhaps the most problematic place where echoes of the Durban conference are heard is the IDF officer corps. These echoes are heard loudest in IDF discussions of the lessons of the Holocaust. 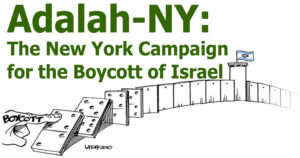 Together with other subversive, anti-Zionist NGOs, Adalah works through the post-nationalist Supreme Court to block elected officials in the governmen

In 1993, then education minister Shulamit Aloni, from the post-Zionist Meretz party joined then prime minister Yitzhak Rabin at the newly inaugurated March of the Living, which brings Jewish groups to Auschwitz. Aloni remarked that she believed the trip would be destructive to Israeli school children who would go to Auschwitz and come home right-wingers.

Over the past decade, distressing signs appeared that the IDF senior brass shares Aloni’s position on Auschwitz and the right-wing.

On the eve of Holocaust Remembrance Day in 2016, then IDF deputy chief of staff and current Meretz MK Yair Golan gave a speech at an official ceremony. There, he explicitly drew a comparison between contemporary Israel and Nazi Germany. Golan alleged that “nauseating trends that occurred in Europe generally and in Germany specifically back then – 70, 80 and 90 years ago – are now present among us.”

When Prime Minister Benjamin Netanyahu demanded that then-defense minister Moshe Yaalon instruct Gen. Golan to retract his remarks, Yaalon refused. Yaalon (who now prefers forming a minority coalition with Meretz backed by the pro-Hezbollah Joint Arab List to forming a unity government with Likud), insisted that Golan’s straightforward defamation of Israeli society had been distorted and taken out of context. He then attacked his fellow politicians for having the temerity to criticize Golan’s scandalous remarks.

In his words, “The attacks on [Golan]… which stem from deliberately distorted interpretations of his remarks … are yet another attempt in the worrying and irritating campaign to politically harm the IDF and its officers. Woe to us if we permit this to happen.”

Yaalon then claimed that it is the duty of IDF commanders to shape the values of their soldiers, and to serve as their “compass and conscience.”

The storm of controversy that Golan’s slander of Israeli society provoked came in the midst of another public outcry over the brutal treatment that Yaalon and his fellow generals meted out against IDF Sgt. Elor Azaria for killing a wounded terrorist in Hebron. Yaalon and his generals castigated Azaria as a criminal before the IDF even investigated the allegations raised against him by a video taken by anti-Israel activists from the radical B’tselem group. The widespread sense of the public was the Yaalon and his generals rushed to side with radical leftists who seek to criminalize IDF soldiers against Azaria, a young conscript who claimed he acted out of fear that the terrorist was about to detonate an explosive vest.

Two years ago, a mid-level IDF career officer who had just returned from an IDF delegation to the March of the Living told me that the post-modern, anti-Israel views that Golan gave voice to in his 2016 speech were among the central themes of the lessons he and his colleagues received from the Education Corps before and during their trip to Poland.

In other words, put lightly, post-Zionism, which views Israel as atavistic at best, and xenophobic at worst is not unfamiliar to IDF commanders.

Benny Gantz, Yaalon and Gaby Ashkenazy, the three former IDF chiefs of staff who lead Blue and White, (together with Shelah’s friend Yair Lapid), were at the helm of the IDF when these events occurred.

We don’t know how Israel’s political Gordian knot, the product of yet another inconclusive election, will be cut. But what is clear enough is that Blue and White’s eagerness to form a coalition dependent on lawmakers who reject Zionism and support terrorists is the consequence of a decades-long process that led to the post-Zionist takeover of the Israeli Left. This process will not be reversed by the simple formation of a government, regardless of who leads it, and who supports it.