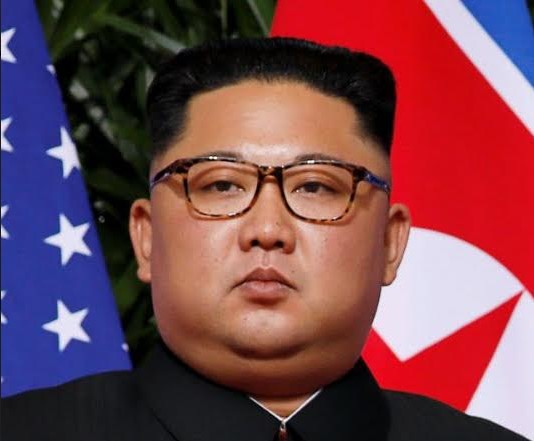 The letter shows the continued “special and firm” relationship between Kim and Trump, according to the North’s state-run Korean Central News Agency, which revealed the existence of the letter in a statement Sunday.

In the letter, Trump offered Kim “anti-epidemic” help and said he “was impressed by the efforts made by the Chairman to defend his people” from the epidemic, the North Korean statement said.

North Korea insists it does not have any coronavirus infections, though many suspect it is hiding an outbreak. The coronavirus could be especially deadly in North Korea, which lacks adequate medical supplies and infrastructure.

‘Consistent’ with past efforts

A senior White House official acknowledged Trump’s letter, which he said was “consistent with his efforts to engage global leaders during the ongoing pandemic.”

U.S.-North Korea nuclear talks had already been stalled since the middle of last year, but the negotiations have gone completely dormant as both countries deal with the coronavirus.

In January, Trump sent Kim wishes for a happy birthday in a letter, briefly raising hopes of renewed dialogue. But North Korea has repeatedly stressed that overall relations remain poor, despite the Trump-Kim friendship.

“We try to hope for the day when the relations between the two countries would be as good as the ones between the two top leaders, but it has to be left to time and be watched whether it can actually happen,” said Kim’s sister, Kim Yo Jong, who wrote the North Korean statement Sunday.

Kim, who has recently taken on a wider diplomatic role in support of her brother, welcomed Trump’s letter as a “good judgment and proper action.”

“We view such a personal letter of President Trump as a good example showing the special and firm personal relations with Chairman Kim Jong Un,” she said, adding her brother also has mentioned his “special personal relations” with Trump.

However, she said North Korea would not “waste time” but would make itself “more powerful,” just as it had “for the past two years.”

“Even at this moment we are working hard to develop and defend ourselves on our own under the cruel environment which the U.S. is keen to ‘provide,’ ” Kim said, apparently referencing international sanctions.

Analysts said the missile tests might be designed to keep up pressure on the U.S. or might serve as a show of strength for a domestic audience. Another reason: North Korea is simply trying to produce more advanced weapons.

North Korea is banned from any ballistic missile activity under U.N. Security Council resolutions. But Trump has said he is not concerned about North Korea’s short-range tests.

Trump and Kim have met three times, but talks broke down last year after the U.S. refused to relax sanctions and provide other concessions.

During their talks, Trump said Kim promised he would not conduct any long-range missile or nuclear tests, though that alleged agreement was never formalized.

At a New Year’s speech, Kim said he no longer felt bound by his self-imposed suspension of nuclear or intercontinental ballistic missile tests and warned the world would soon see a “new strategic weapon.” (VOA News)