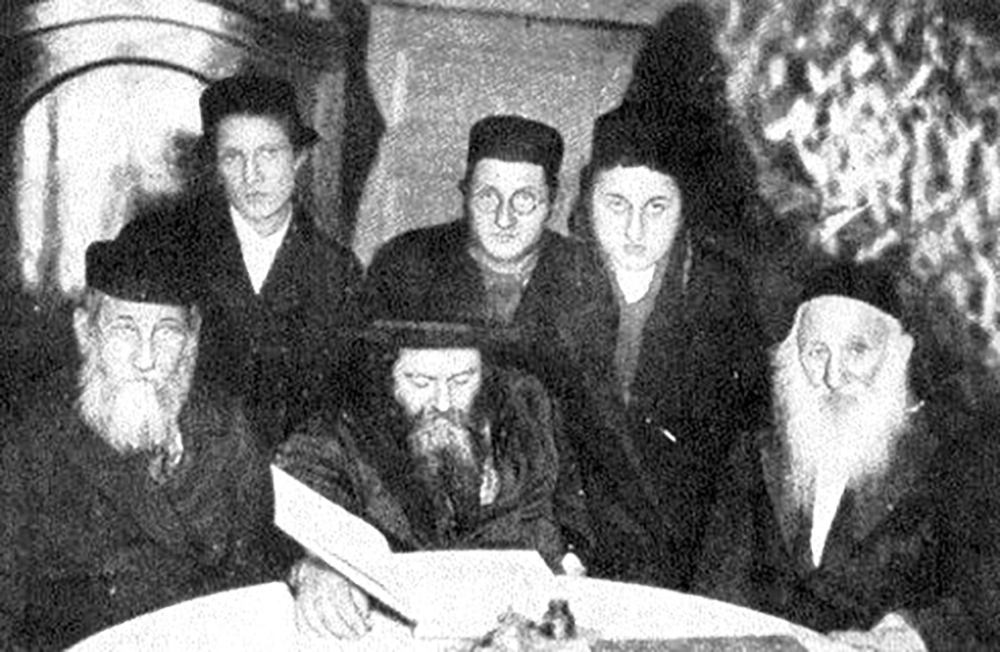 Since many Jews did not speak that language, they wouldn’t understand what the Cossacks wanted. The Cossacks would then drag him to the Russian commandant, and claim that they caught a spy

The following story of a group of Russian Jewish soldiers and a Jewish woman from Galitzia depicts the horrors faced by Jews during World War One.

One of the Jewish soldiers produced a siddur (prayer book) from his pocket. It was small, tear-stained, and had quite a story to tell. And this is the remarkable, tragic story he related:

This siddur belonged to an elderly lady from Galicia, may she rest in peace. The Cossacks (aided by local peasants) would trick the Jews by addressing them in Russian. Since many Jews did not speak that language, they wouldn’t understand what the Cossacks wanted. The Cossacks would then drag him to the Russian commandant, and claim that they caught a spy. If the Jews did not understand the conversation, they had no idea they were in mortal danger. The Commandant trusted his underlings and didn’t even ask for a shred of evidence. The unfortunate Jews were taken out to a field and shot in cold blood.

One day, while marching from one place to another, we passed such a killing field. We saw a group of bodies, including men, women and children, lying neglected on the ground. There were 32 bodies in the field in various stages of decomposition.

Near the corpse of an elderly man, we saw a woman, obviously his wife, sitting and crying bitterly. She was weak and emaciated. The woman related that three days earlier the Cossacks came into her village. Those who escaped were saved, but those who stayed behind were arrested.

Her husband was abducted while returning home from synagogue, wearing his tallit (prayer shawl) and tefillin, (phylacteries) and carted off to the commandant. Her two daughters, who tried to escape, were also caught and arrested. She waited all day and night for their return, to no avail. The following day, she gathered her courage and went to the commandant to inquire about them.

The commandant didn’t respond, but one of the peasants took pity on her and brought her to this field where she saw the bodies of her husband and two daughters. The poor woman nearly fainted with shock and horror. She remained sitting there weak and listless.

“Please, I beg of you, bury my husband in a Jewish grave,” she cried. “Please give him a Jewish burial.”

The soldier continued, “We were twelve Jewish soldiers, and we asked our commander for permission to bury the dead. On the spot we dug two deep pits, one for the men, and the other, for the women. Many of the deceased had blood soaked siddurim in their pockets. Most of the prayer books were buried, while we kept the ones that could be salvaged. The old woman gave us her husband’s siddur as a token of gratitude, “May Hashem watch over you and protect you in this war.”

When the pits were dug the old woman had one final request, “Please dig a separate grave for my husband, because he was a very saintly and holy man.” Despite the lateness of the hour and our exhaustion, we heeded her request. We dug a third grave, and placed the remains of the old man. When we covered the grave, the woman took a stick and marked the spot. Then, we placed the other bodies in the mass graves and covered them as well. One of the soldiers said a Keil Moleh Rachamim prayer over the bodies, and we stood with our heads bowed, shedding tears.

The burial process took several hours, and it was very late. The old woman was too weak to return to the village, so one of the soldiers brought her there with his wagon. On the way, after traveling about a mile, the poor woman died from exhaustion and grief. Now there was another body to bury, but we had no more strength to dig. We traveled to the city and gave her remains to the first Jew we met. The old woman merited to be buried in the regular Beit Olam (cemetery) in the city.

We cherished the siddur she had given us, which we dubbed the “Galitzian Siddur.”

Larry Domnitch is the author of “The Impact of World War One on the Jewish People” recently released by Urim Publications.