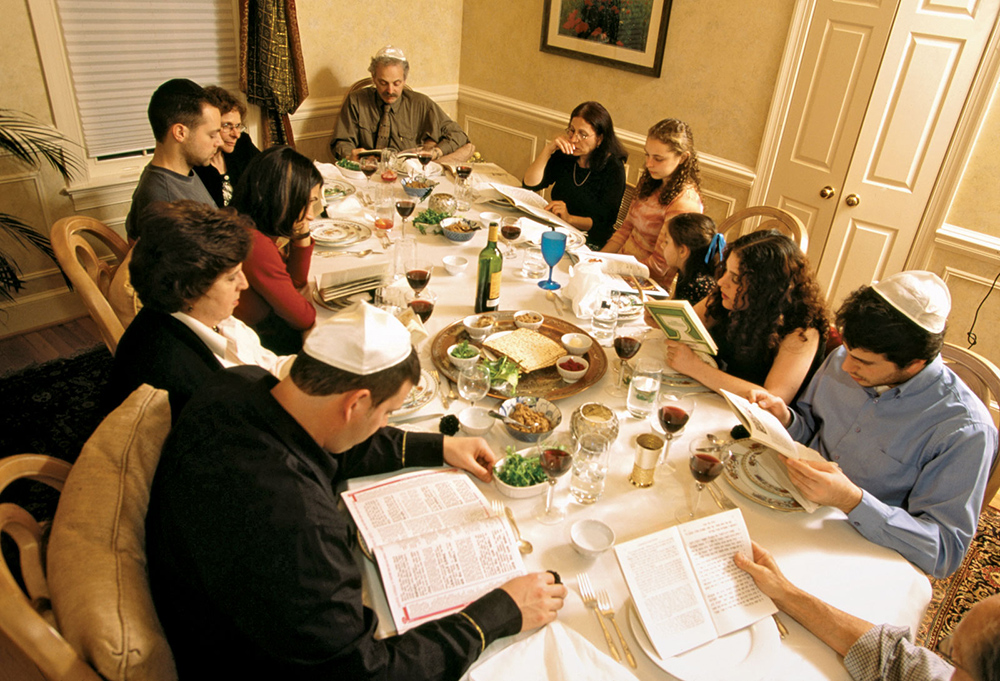 At Passover Seders each year, we recite the Haggadah’s timeless instructions to regard ourselves as having personally lived through the events of the Exodus. Photo Credit: Encyclopedia Brittanica

How can we identify with the Jewish slaves today?

“In every generation each individual is bound to regard himself as if he had gone personally forth from Egypt.” – the Passover Haggadah

At Passover Seders each year, we recite the Haggadah’s timeless instructions to regard ourselves as having personally lived through the events of the Exodus. The Seder itself is designed to help us envision our participation in the story. We dip parsley into saltwater to remember the tears we shed in Egypt, and we munch on spicy, bitter horseradish in an attempt to replicate a little of the misery we experienced as slaves.

But how far can saltwater and horseradish really take us? For most of my life, when I pictured ancient Egypt, I thought of the 1956 epic film, The Ten Commandments. The sets were opulent, and I loved Anne Baxter’s gorgeous robes and headdresses as she played Nefertiti, queen of Egypt.

Years later, when I caught the traveling King Tut exhibit, my preconceptions of ancient Egypt were confirmed. The craftsmanship of the artifacts was breathtaking. I knew that ancient Egypt wasn’t good for my ancestors, but it was hard to picture it as something really unpleasant. To the contrary, it seemed fascinating, advanced and beautiful.

That changed recently, after my family and I spent an eye-opening afternoon viewing ancient Egyptian artifacts at Chicago’s Field Museum of Natural History. I don’t think I’ll ever think of ancient Egypt the same way again.

“And the Egyptians made the children of Israel to serve with rigor. And they made their lives bitter with hard service, in mortar and brick.” – Exodus 1:13

The first artifact we beheld was a magnificent tomb, transported from Egypt. We were able to see the provisions that had been packed for the tomb’s wealthy occupant: foods, moneys, cosmetics…. and pictures of the hundreds of household slaves who had been massacred, so that their souls could accompany their master on his voyage to the afterlife. Each time a nobleman died, their household of slaves was murdered en masse in this way.

As I peered at the faces painted on those walls thousands of years ago, I tried to imagine that they were each somebody’s son or daughter, somebody’s father or mother. Tears began to well in my eyes.

Next in the exhibit we saw a fascinating array of everyday items: pots for food, scales and weights for measuring transactions. And then we learned of the horrific punishments meted out to merchants and slaves who were thought guilty of shortchanging their masters: gruesome tortures, maimings, public punishments such as beatings, impaling, the gouging out of eyes…. The list went on. The upper-classes were protected, but lower-class people in ancient Egypt were considered fair game for the most terrible treatments imaginable.

My family and I were getting a little discomforted, but we continued on with our visit. We viewed examples of ancient Egyptian dress. While the more prosperous wore long, flowing robes of white, the clothing shrunk the lower you went on the social scale. Lower-class workers and slaves went completely naked, battling the hot Egyptian sun, as well as snakes and scorpions.

Finally, we saw pictures of public fights. I’d always associated gladiatorial displays with ancient Rome, but hundreds of years earlier, in ancient Egypt, slaves were forced to fight wild beasts such as lions, in what was, apparently, a very popular spectacle.

As I wandered out of the Field Museum, completely shaken by the gruesome displays I had seen, I wondered: How can I, who live in comfortable, 21st century America, possibly imagine what it was like to be a slave, the lowest of the low, in a cruel, sadistic society such as ancient Egypt? Afraid that at any moment my work would not be considered enough, that at any moment I or those I loved could be arbitrarily tortured, or beaten or killed?

“And it came to pass in those days, when Moses was grown up, that he went out unto his brethren, and looked on their burdens, and he saw an Egyptian smiting a Hebrew, one of his brethren. [Moses] looked this way and that way, and when he saw that there was no man, he smote the Egyptian, and hid him in the sand.”–Exodus 2:11-12

The Torah provides us with a remarkable example of how we can overcome the distance between us and our ancient ancestors who were slaves in Egypt: Moses.

We all know his story: Seeking to destroy the Jewish people once and for all, Pharaoh decreed that all Jewish baby boys be drowned at birth. The Torah explains, however, that the Jewish midwives defied Pharaoh, and secretly saved and hid the Jewish babies. One of these very midwives, Yocheved, gave birth to a baby son during this terrible time. She kept his birth a secret, placed him in a basket of reeds, and set him afloat in the Nile rather than let him be killed by Egyptian soldiers. Pharaoh’s daughter Batya found the basket, rescued the baby inside, named him Moses, and raised him as her own son.

Moses thus grew up in the confines of the palace, enjoying all the comforts and opulence of life in the highest caste of Egyptian society. (Think of those King Tut treasures!)

Yet, the Torah teaches, Yocheved was fortuitously hired as the wet-nurse for baby Moses. Throughout his early years, Moses’ own mother was thus able to teach him, whispering to him the truth that he was a Jew.

The message profoundly shaped Moses. Years later, when this strapping young man, the adopted grandson of the Pharaoh, looked at the lowly Hebrew slaves, he saw them not as vermin, but as his “brothers.”