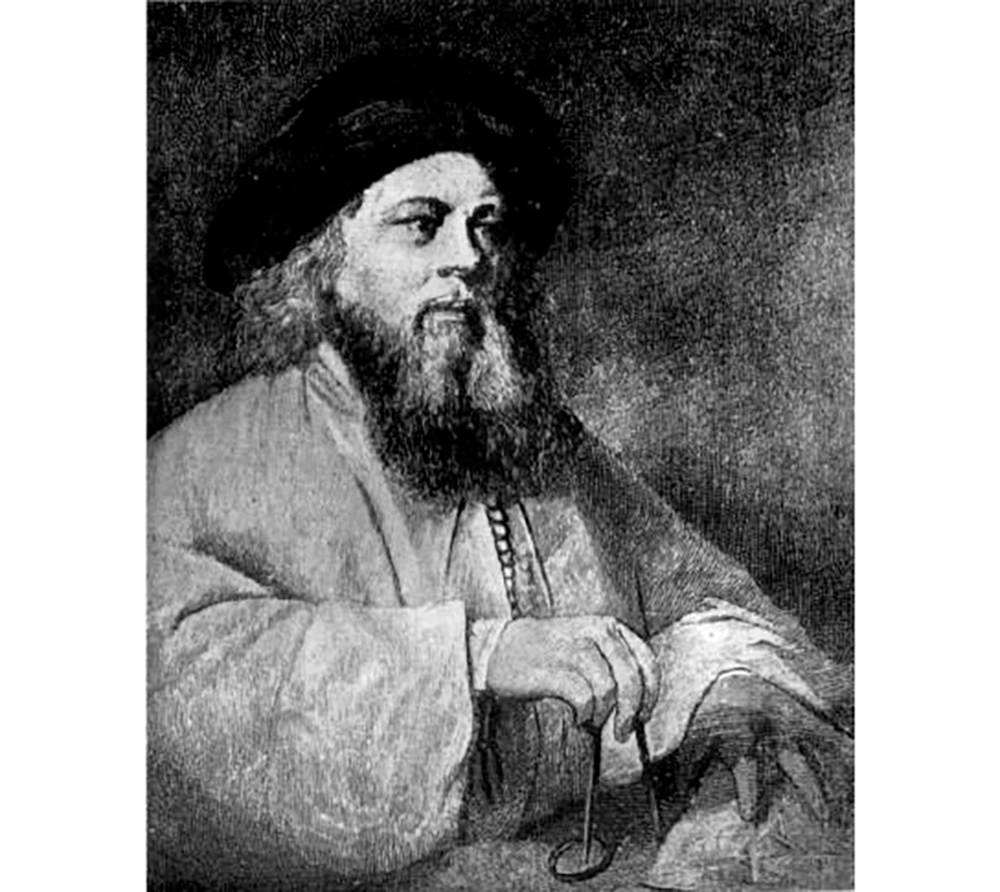 The Toldot Yaakov Yosef was visiting the Baal Shem Tov (pictured above) discussing various thoughts in Torah. The Baal Shem expressed the belief that everything that happens in the world and we notice is a message relevant to us. “If something occurs in the world, and one becomes aware of it; we should consider this a message being sent from Heaven”, he explained. Photo Credit: Wikipedia

I polled a bunch of people on the opening verse of this week’s portion and many mistakenly change the words “ and (He) called to Moses and G-d Spoke to him” to the more natural sounding, “And G-d called to Moses and spoke to him”. It would seem that G-d should have been listed at the outset as the one doing the calling. Why is G-d missing in some small way from the act of Vayikra?

I recall discussing this with Rabbi Abittan z’sl, who told me the following story. ( This version is posted on ShemaYisrael)

Rav Yaakov Yosef HaCohen of Polone, who is also known by the title of his book the Toldot Yaakov Yosef is best known as the author of the first Hassidic work ever published. But Rab Yaacov Yosef did not start out as a Hassid. He was a brilliant scholar and student of Kabbalah and considered by many a Mitnaged or Anti Hasid. And then he met the Baal Shem Tov. In his book, he repeats the phrase, “I have heard from my teacher”, 249 times. He is one of the foremost sources for teachings from the Baal Shem Tov.

The Toldot Yaakov Yosef was visiting the Baal Shem Tov discussing various thoughts in Torah. The Baal Shem expressed the belief that everything that happens in the world and we notice is a message relevant to us. “If something occurs in the world, and one becomes aware of it; we should consider this a message being sent from Heaven”, he explained. The Baal Shem Tov added that this is true even if it seems to be very insignificant, and even if it seems entirely natural, still, since everything that happens in the world is ordained by Hashem, even your becoming aware of this event is also ordained by Hashem, so it means that it contains some message.

As they were discussing this concept, a gentile worker passed by and peeked through the open window and said, “Good Morning Rebbe, is there anything that needs fixing today?” He was a worker looking for a job.

“No, not today; everything seems to be in order,” the Baal Shem replied.

The workman could not accept the answer, he needed work. So he blurted out, “Rebbe, if you look hard enough you’ll always find something that needs repair.

The Baal Shem turned to Rav Yaakov Yosef and said, “Do you realize that we have just been sent a message from the Ribono Shel Olam. If you look hard enough, you can always find something that can be fixed up. Never think you’re perfect.”

Rav Yaakov Yosef was not ready to accept this idea. “If Hashem has such a lofty message, is He going to send it through a goyishe laborer? I can’t accept that.”

The Baal Shem Tov looked at him and retorted, “You can, you just don’t want to.”

Rav Yaakov Yosef left the Baal Shem Tov’s house, reflecting upon the conversation. As he was standing there, a farmer passed by with a wagon load of hay. As he drives by, a few bales of hay become loose and fall off the wagon. The goy stops his wagon and gets off and looks at Rav Yaakov Yosef and asks, “Can you help me lift these bales of hay back on the wagon? They’re too heavy for me to lift alone.”

Rav Yaakov Yosef replied, “I’m sorry, but they’re too heavy for me too.”

The goy looked at him and said, “You can. You just don’t want to!”

That did it. He was convinced. He ran back into the home of the Baal Shem Tov willing to admit that a Heavenly message can come through a goyishe wagon driver or repairman or from anywhere, we just need to want to hear it.

Rabbi Abittan explained that Hashem is always calling out, but calling through various messengers. It’s up to us to pay attention.

Rabbi Abittan would go on to clarify that the verse which opens the portion of Yitro begins Vayishma Yitro and Yitro heard to which the Rabbi asked, “didn’t the whole world hear”, as we read in Az Yashir – the song of the sea? He would explain that the world may have heard something, but they didn’t listen and thus in reality didn’t hear anything worth hearing. They weren’t listening while Yitro was.

This week we see that Moshe heard everything, no matter the source and understood that in everything there was a message, in everything there was a lesson. No matter what is calling out, no matter what is happening in the world, we must understand that its G-d speaking to us. Vayikra–And it called out – it can be anything. And if we really listen we will realize – Vaydaber Hashem Elav–and G-d spoke to him saying.

The Rabbi would remind us that the Chafetz Chaim noted that all modern inventions were only provided for us to better understand Hashem, His Torah and His world. In our times it’s so much simpler to appreciate. We live in a world of communications: of radio waves, of phone conversations, of television and texts all in some way being broadcast and floating through the air. But we don’t see any of it. To us it’s all invisible. We don’t hear it. It all can mean nothing.

But we must realize that the world is filled with hidden sounds, images and words. They are floating by us and all around us, but to access them, we need to tune in to the right station, to the right number, to the right frequency.

Rabbi Abittan would repeat to us time and again that each of us was someone special. One is supposed to look at the world as if it was created only for him. If so, then that person needs to do something, be someone, and make life worthwhile. To do so, he needs to tune in and hear the message and then to act. But to hear the message he needs to actively listen to what may sound like a whisper.

I am reminded of the words in the book of Melachim when Hashem says to Eliyahu: “Go out and stand in the mountain before the L-rd, Behold! The L-rd passes, and a great and strong wind splitting mountains and shattering boulders before the L-rd, but the L-rd was not in the wind. And after the wind an earthquake-not in the earthquake was the L-rd. After the earthquake fire, not in the fire was the L-rd, and after the fire a still small sound. And as Elijah heard, he wrapped his face in his mantle, and he went out and stood at the entrance to the cave, and behold a voice came to him.