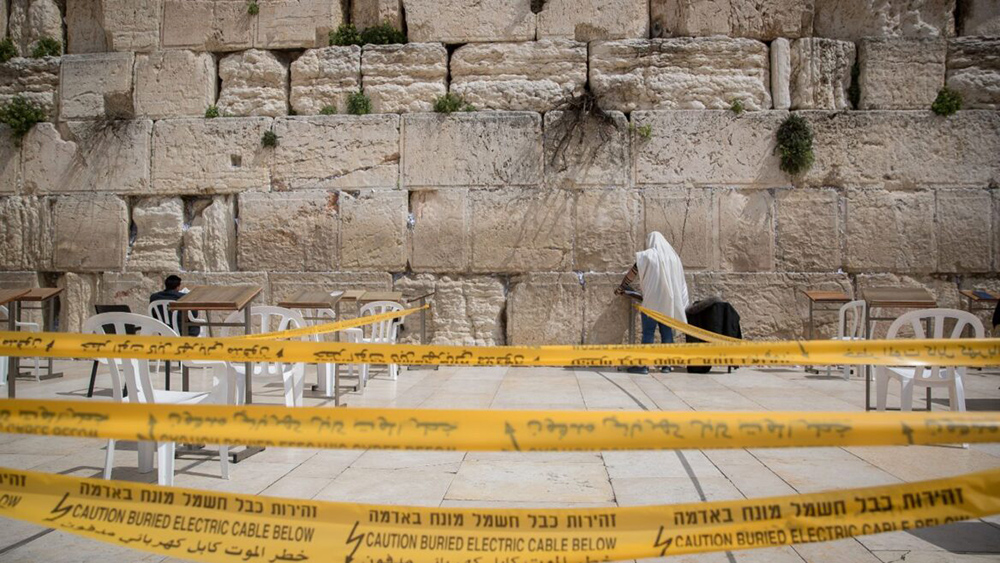 A man prays in an enclosed area at the Western Wall in Jerusalem. Photo by Yonatan Sindel/Flash90

Like many places around the world, daily routines in Israel are undergoing massive changes. But despite the spread of COVID-19 not all is grim

Recent days have seen Israel undergoing a massive transformation. As the dangers and repercussions of life in times of coronavirus are sinking in, and the Israeli government’s partial closure begins to bite, daily life has taken on strange new features. 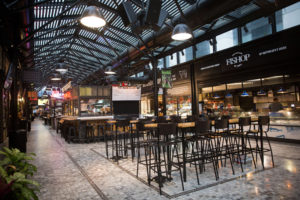 What until recently was seen by many as mini-vacation time is no longer so, with people abiding by regulations and staying home.

Not that they have much choice – restaurants, cafés, malls and cinemas have all been shuttered, as have workplaces, schools and daycares.

Major signs of life are only visible in supermarkets, drugstores and other essential hotspots, which are now looking like warzones swamped by people stocking up on as much toilet paper and canned goods as possible.

But despite COVID-19 quickly spreading across the country, not all is grim. 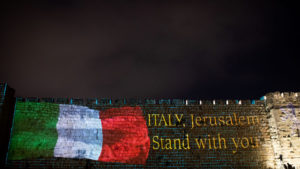 The Italian flag screened on the walls of Jerusalem’s Old City. It might have been an idea to check with an editor before going ahead. Photo by Yonatan Sindel/Flash90

These difficult times are putting things in perspective in Israel, leading many to be kinder, calmer and more generous with one another on the road, at the stores and in the little real-life interactions that still take place.

On social media, too, offers of help to those unwell or stuck at home have become de rigueur, as have heart warming messages of encouragement and hope.

These include local takes on the balcony singalongs made famous in quarantined Italy, with the feelgood, inspiring messages – and what seems to be a neighborhood rave – going viral.

Or there’s the birthday celebration for a 98-year-old grandfather, whose relatives don’t want to put him at risk of catching corona. 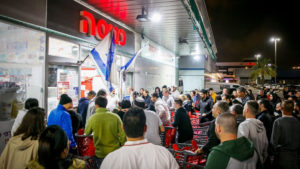 People line up outside a supermarket in Ashdod. Photo by Flash90

Also joining efforts to make staying home a little easier was President Reuven Rivlin, who took to Facebook today to help relieve the pressure off families cooped up together.

“Dear parents, I know that this isn’t an easy time,” he wrote on Facebook. “The children are at home, and while we all love being with the family, this is a challenging situation.”

He then followed up with an invitation to join him as he read out “A Flat for Rent,” a classic children’s book by Leah Goldberg. “Come read with me,” he wrote. “The whole family, or only the children. (You take the time for a quiet coffee, without your mobile phones).” 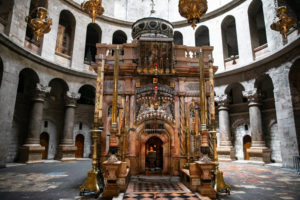 The unusually empty Church of the Holy Sepulchre in Jerusalem on March 16. Photo by Olivier Fitoussi/Flash90

Another small comfort is in the knowledge that all this limited human activity might even be doing some good to the environment.

With fewer people flying, driving and doing wasteful activities, the globe is getting a bit of a break. And if the ducks now taking over Ben-Gurion Airport had their way, things would stay just this way. 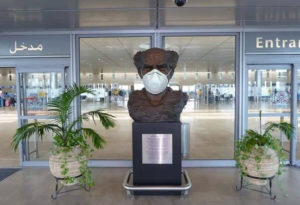 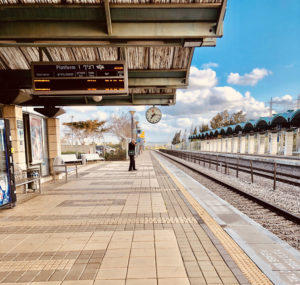 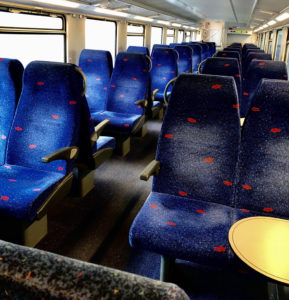 Where shall I sit? A deserted train on the Caesarea- Haifa line, March 18. Photo by Liza Rosenburg 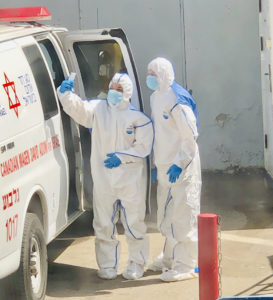 Emergency personnel at Rambam Hospital pause for a moment to take a selfie. Photo by Liza Rosenberg